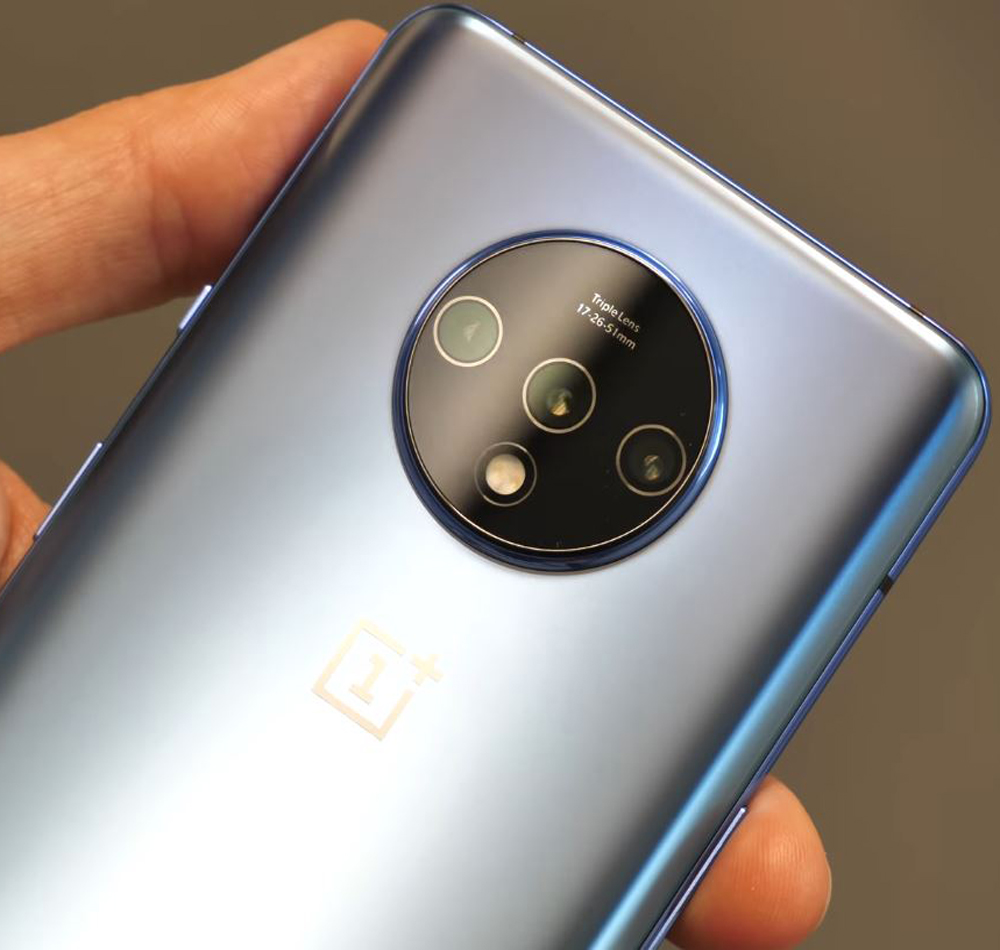 OnePlus is a company that has a sort of upper mid-rage phones, somewhere around $500 – 600 like the OnePlus 7. And they have their premium high-end flagship stuff, like OnePlus 7 Pro that’s closer to $800, and then there is the OnePlus 7T. If you followed the leaks, you’ve probably seen pretty much every angle of this phone, but now it’s officially been unveiled. So what this smartphone is offering you for that price range?

So, first of all, this phone is sort of a Frankenstein between those two groups: it’s right between the super high-end and the upper mid-range devices if that makes any sense. And to be perfectly clear, it is a really great phone for the price which is basically the OnePlus special at this point. They’ve continued this fascinating slow creep up in price, but when you go over this phone and everything they’ve combined in, it’s pretty on point for what you’re getting for $599.95 combination of things.

Despite not being the highest end display, you know it gets pretty bright up to a thousand knits. so outdoor visibility is no problem, and the teardrop not being a little smaller makes it super easy to ignore on this gigantic screen, but it’s also 1080p not 1440. And the bezels are just a little bit thicker, just a tiny bit and you can’t recognize it at the first glance.

If you’re a tech. advanced and you care about the details of details, you may notice some real off-axis color tint, rain-bowing, and some other consistencies that you’ll not notice on high-end OLED displays. So, it’s not the super best of the best, but it’s like right underneath or in between. So, they are bringing things down from the higher-end phone that makes sense, while keeping the sort of baseline of the mid-range. And obviously, the high refresh rate with 90 Hertz is the most important thing that they brought down. 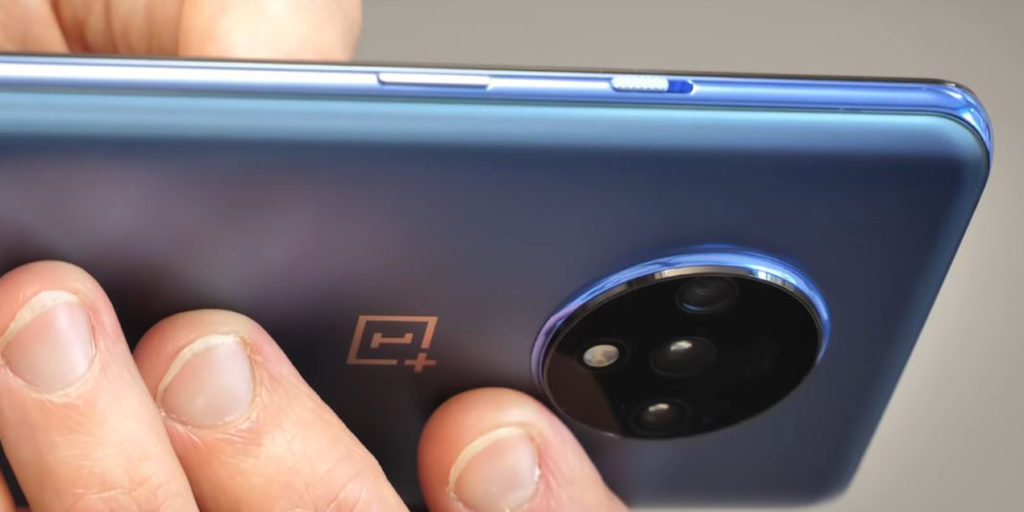 The design of this phone in general is also a bit of a Frankenstein. you’ve probably noticed it by now there’s this or a blue color again; although this time it’s not as matte as before, it’s kind of closer to like a satin, because it has more of a sheen to it.

It’s not really glossy like some other phones, but you definitely do still see fingerprints much more than a matte phone, so it’s somewhere in between. Again the 7 pro is more matte than this one, but here’s some other improvements.

you do have the alert slider is tighter so it’s more satisfying to move between the three positions so that’s pretty sweet. they brought down the high-end really precise haptic motor that’s honestly only really matched on Android by the pixel at this point, so that was great and they brought the optical fingerprint reader underneath the glass. That’s also the same sensor as the one from the 7 Pro, and I think one of the best in any phone under the glass right now.

the speakers are also just as good as a 7 Pro, they sound loud and full. and there’s also a bigger speaker grow up at the top, and charging is now even faster. So they’re calling it warp charge 30T it’s still a 30W fast charger, but thanks to improved battery chemistry in the 3800mAh in this phone, it’ll charge 23% faster than warp charge 30 already did.

So, in other words it’s silly fast, and it’s kind of a different philosophy on battery management on one hand. I love the little chunkier phones that have this massive battery inside, and all-day battery life. It changes the way I use phones.

I didn’t worry about charging ever during the day, but on the other hand a phone that’s really trim like this that has crazy fast charging, just lets you have this peace of mind at any time you’re starting to get low, you can just plug in for a couple minutes and be right back up to set 80%. S o, it’s like a different kind of confidence in the battery.

So, the 7T does have decent battery life, but this is the steady compromise they make for not having the best battery life, and then of course the gigantic camera circle on the back. it’s genuinely the first design from OnePlus that doesn’t feel to me like really sleek or clean. They’ve done triple cameras before even, but this one is very different. It’s reminds me of somewhere between Motorola, or the red Hydrogen, or you might even remember the Nokia Lumia series back in the day.

It has essentially the same exact cameras that the OnePlus 7 pro already has, same standard 48MP camera, same 117 degree ultra-wide, and then a shorter 2x telephoto zoom camera instead of a 3x. So, if you’re looking for some big camera improvements for the 7T, that is not what’s happening here.

I’m not saying that the OnePlus 7 Pro camera was bad, but it’s just was the one part of the phone that wasn’t best-in-class world. It’s a sort of held it back from being an arguably perfect phone in a way, but in a $600 phone in 2019 this set of cameras is perfectly good.

I’ve been taking photos and videos with it just to see if I notice any substantial differences around, but there isn’t anything too drastic. It still very solid in daylight, a bit color fringy, and soft around the edges with close up subjects and passable, but not amazing shots in less than ideal lighting.

If you think about other cameras in this $600 range that’s about right actually right up until they start to get blown out the water by the $700 iPhone 11.

You can take portrait mode shots in telephoto or standard cameras now, which is cool and they are also enabling 4k 30fps video from the ultra-wide camera. So, they’ve heard from the user’s feedback, and they are going to do that which is an impressive improvement by itself. 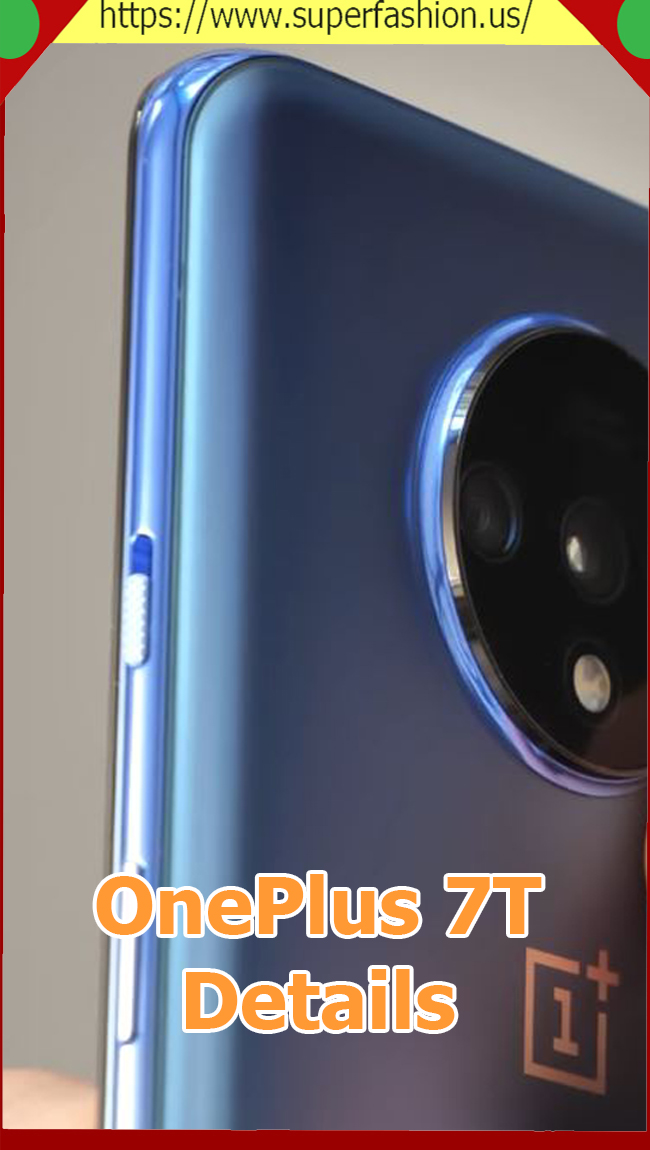 The super macro mode which allows you to get way up close to things 1 to 6.5 inches away from the camera lens which most smartphones do struggle with if they don’t have macro mode. So, with this, I was able to take some close-ups that I couldn’t even get with the iPhone 11, and then of course this wouldn’t be a new OnePlus phone without a really killer high-end feature.

On specs this is a Snapdragon 855 phone plus the newest chip 8GB of RAM not 12 and 128 or 256 gigs of ufs 3.0 storage. so, this thing is fast and it’s running the latest version of oxygen OS 10, on top of Android 10 which I think makes this the first none Pixel Android 10 phone I’ve used and it’s been really good so far. I obviously love that they’re early 2 updates, and performance has actually been really smooth.

but aside from that Android 10 has been really nice, and smooth as you’d expect on a new phone with a 90 Hertz screen and all the optimizations. OnePlus is continually working on for oxygen OS, so adding up all these kind of stuff to it, help the phone to be a pretty solid phone for a great price.

It really feels like they’re taking the stuff that they learned how to do better and more efficiently from the 7 Pro, and bringing it down to a more competitive price which is a great way of sell a lot of phones.

Now, in order to be perfectly clear, the OnePlus 7 Pro is still a better phone than this; Just because of this small bit of trade-offs. They’ve kept a higher quality display, higher resolution, not as much color fringing and things like that, a bigger battery, less ugly camera bump on the back, and the knotch less screen on the front.

So, all of that sort of adds up to a little bit of trade-offs, but overall this is that incremental update you expect from a T version phone from OnePlus. With the X Factor of that 90 Hertz display that is so hard to switch back from.

OnePlus is doubling down on the high refresh rate stuff, to really make phones feel smooth. high refresh rate and all that things, make this a really good buy for people who want to spend like 600 bucks on a phone.