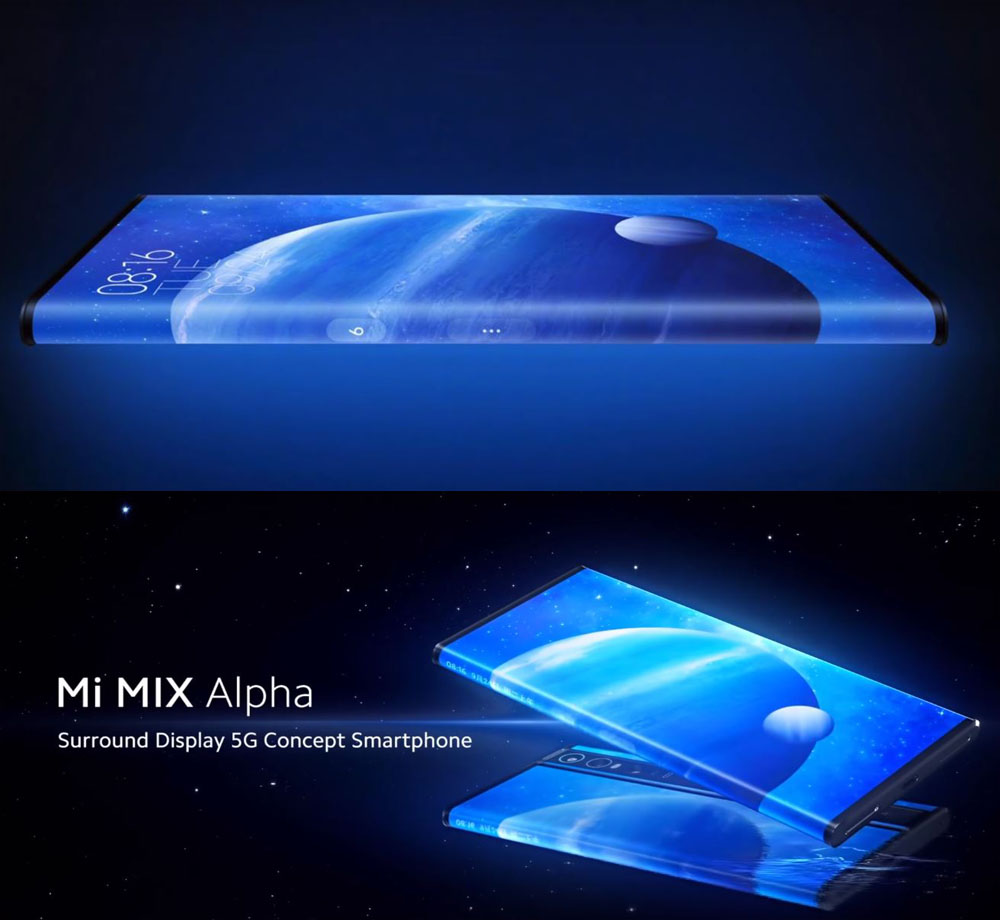 If you thought that the 2019 smartphone madness is over, you were wrong! Outcomes the world’s first 4D surround displays smartphone and this is called Xiaomi Mi MIX Alpha. Everyone was expecting Xiaomi to unveil the Mi Mix 4, but they shocked us all with this crazy madness.

If you thought that the curve design with the voter full screen was the end, you were again wrong; because, this is the further direction and Xiaomi is the first one to go for it. This phone is rocking a 6 inches AMOLED panel, with an astonishing 180.6% screen to body ratio.

And on top of all that is having in 90 Hertz refresh rate, something Apple and Samsung both couldn’t do this year with their normal high-quality displays, and Xiaomi is out here doing that with this crazy 40 surround wraparound display.

This thing looks really incredible! And about the palm rejection, these companies are not dumb. They have thought the whole process, and basically the palm rejection on this phone is pretty good, and you don’t have to worry about that kind of thing. it will intelligently sort that out.

The display goes all the way on the back, and if you look at the whole design it almost feels like a far way Mate X, but without the fold. It’s actually going to compete against the Galaxy fold and the Huawei Mate X at the price point of $3000, and it’s actually a lot expense it’s actually more expensive than both of those two phones.

The display is not the only crazy thing about this phone, it’s actually the first smartphone to come with 108MP camera. If you remember Samsung announced this 100MP camera set up about a month ago, and I wrote a full detailed article on that. Xiaomi Mix Alpha features the same camera sensor is inside, and it’s going to be the first time we’ll see that Samsung madness.

Xiaomi has collaborated with Samsung closely with a 64MP sensor, and with this one as well. So we’ll see how well it’s going to perform. You’ll be able to take crazy high-resolution photos, as well as some pretty nice low-light photography. Other than the main monster 108MP main camera, you also get a 20-megapixel ultra-wide-angle shooter, which has a 117-degree field of view.

It’s also rocking the 12MP zoom camera with do X optical which also goes up to eight times with hybrid zoom, so you do get a little bit more zoom than your traditional 2X optical zoom smartphone.

The release date it’s coming towards the end of December, so it’s going to be really exciting to get hands-on on this phone. It’s also rocking 5G and Snapdragon 855 plus, which is the latest Qualcomm chip, so you and again double the line performance out of this beast.

we are moving through some crazy smartphone era, and next year will be even crazy because we’re going to see more of these phones with this 4D surround display, and the Xiaomi Mi Mix Alpha is the first one to have it and it’s coming in December at a price of $3000.