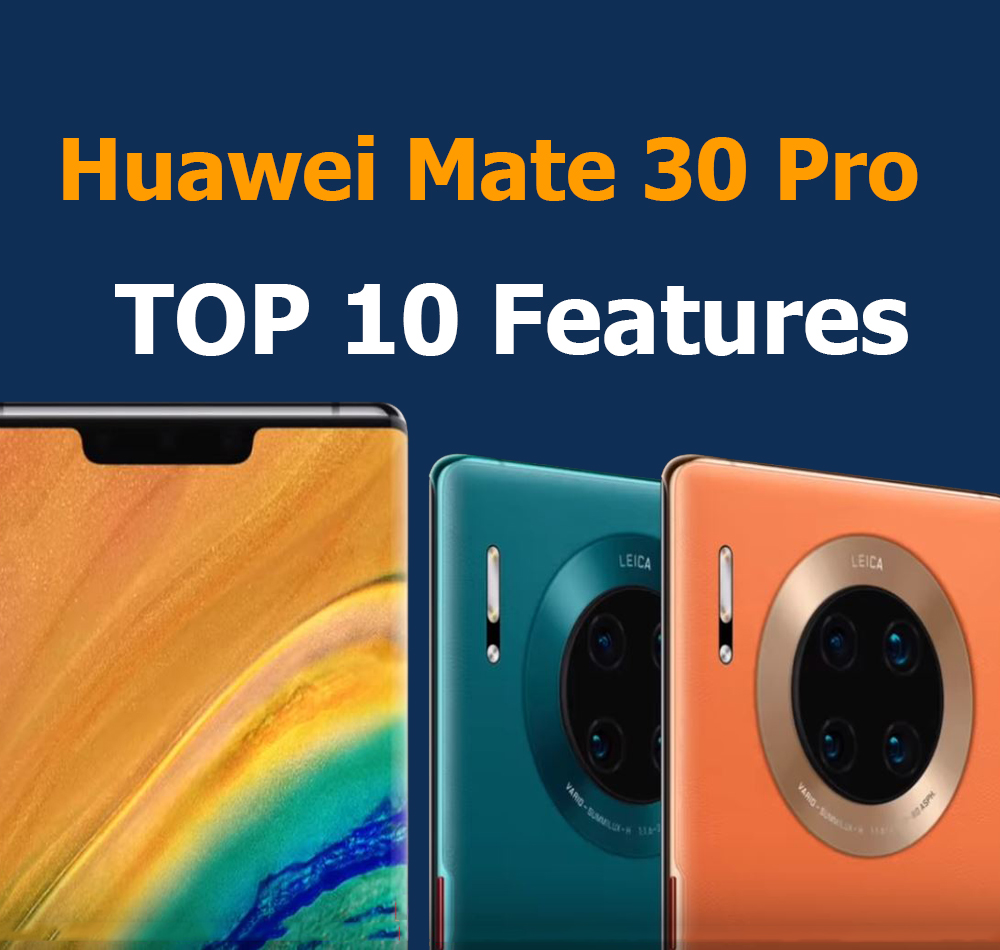 Huawei officially announced its new flagship series (the Mate family) in Germany. This family includes the Mate 30, Mate 30 RS, and the Mate 30 Pro. This phone is packing some great innovation along with some crazy specs, so here are the Top 10 new features of the Huawei Mate 30 Pro.

This might look a bit random, but knowing that there is no Google Apps in this phone, will give this unlocked bootloader more sense. And anyone who’s planning to buy this phone should realize the importance of this feature.

Now Huawei will have its own app gallery store a long way, as well as if so an alternative to the default Google applications, but what you need to know is that unlock bootloader can open the door for a lot of possibilities.

The Mate 30 Pro has three times fastest wireless charging compared to the previous generation, is coming at 27W which is absolutely crazy. That is more than what Samsung brings inside the box which is a 25W charger, and quite a lot more than that 18W that Apple did include in their box. That is indeed crazy fast wireless charging, as far as the wire charging you are getting 40W out of the box which is also pretty good.

The Note 10 plus was not going to be the only phone in the market with stylus support, the Mate 30 Pro is also coming with an external M-Pen. It has 4,000 plus levels of pressure, and it will be able to bring the same kind of drawing power as the Galaxy Note 10 family. Obviously there will be no Bluetooth or gesture features; but if you just want a stylus for drawing and writing or signing documents, then Mate 30 Pro will have that external option.

the mate 30 pro has best of both worlds, we have the In-display finger scanner as well as a 3D facial scanner, which now has PCL5 plus certification and that’s the highest compared to the competition. It also uses microkernel for this which Huawei implemented for their harmony OS.

Now Mate 30 pro has air gestures similar to the note 10 family, as well as some 2D sensors, which can detect the movement of your eyes. So, if you change your orientation, the phone will rotate its screen automatically.

For example, if you are lying on a bed to watch a video, you don’t have to press the rotate key; the phone can see your orientation and then rotate the screen automatically without you doing anything which is actually pretty neat. 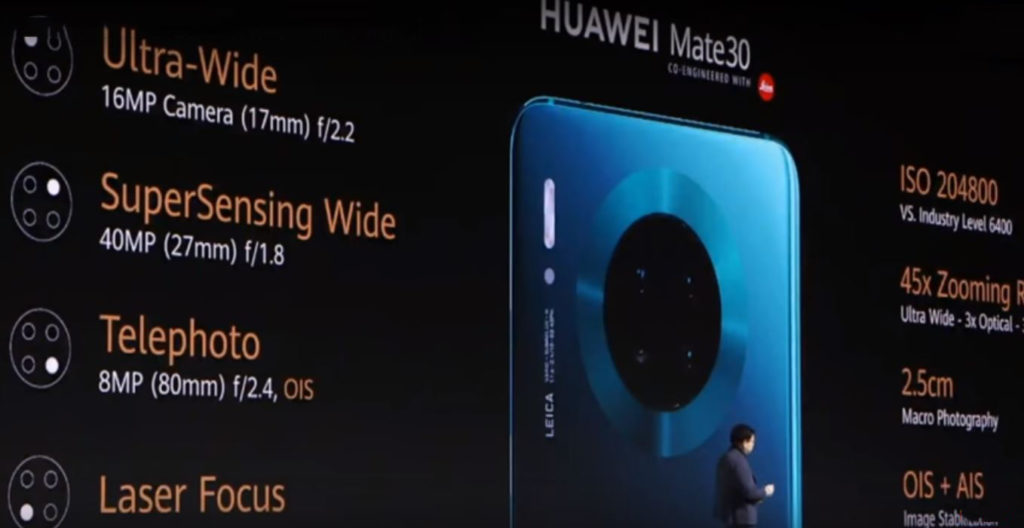 Similar to the Galaxy Note 10, the Mate 30 Pro can now shoot crazy super steady video. So whether you are in a situation where your hands are stable, or riding a car, or jumping out of a plane, it’s all going to be a very steady video experience.

Huawei Mate 30 Pro is now officially the first phone to come with a 5G integrated chip. The Kirin 990 has some serious improvements especially with the GPU coming with a 16 core graphical upgrade. this chip also assists the phone when it comes to the camera gain, so we had the DSLR level noise reduction in photos and videos, which is the reason why this phone can make such crazy night videos as well as taking some great photo in an ultra-low light situation.

The Mate 30 Pro is rocking the horizon Display aka. The waterfall screen is a 6.5 inch OLED display, which is so curved that it’s actually having no volume keys. Yes, you can actually drag your finger along the side to increase or decrease volume, which is a futuristic move indeed. Because in the future we’re going to have button-less designs, and that’s something Samsung was working on as well.

And to reach that level, we need all-screen design. And whether you like it or not, this is the direction for the future. Even Apple is studying this technology, and Huawei has already implemented that with the Mate 30 Pro, and it looks really good.

The display itself is also more color-accurate compared to the previous P30 pro panel. It supports all the HDR standards and other High-Tech display related stuff. 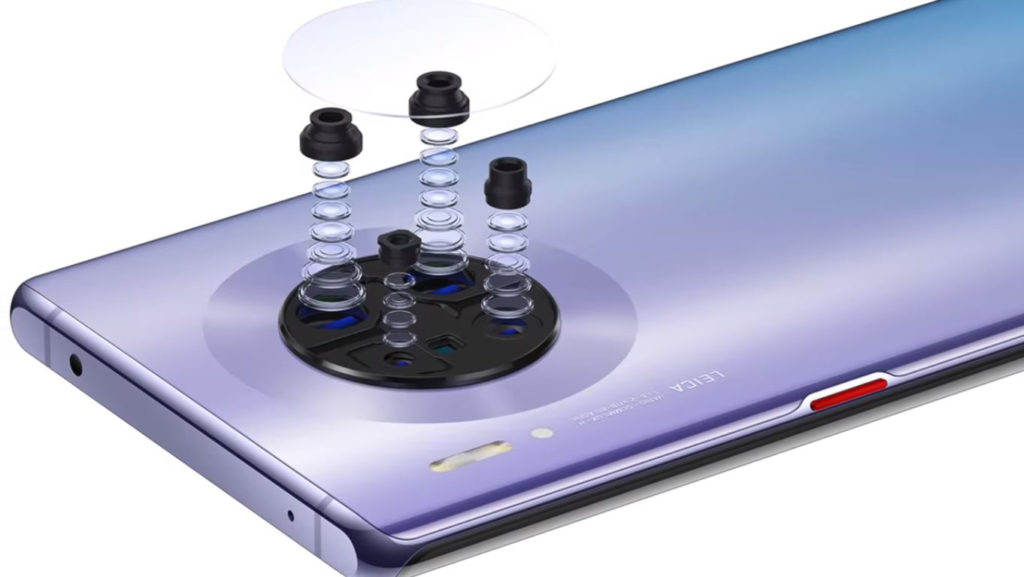 The Mate 30 Pro can perform 7680fps slow-motion video. And it is indeed crazy compared to the competition, and it’s just on a whole new incredible level. All we actually compared their slow-motion do a professional camera, which is insane! The slow-motion looked incredible in a way that I couldn’t believe my eyes. This is definitely an insane level of advancement.

The Huawei Mate 30 Pro has a crazy camera setup. The 40-megapixel wide F/1.6 lens, a 40MP F/1.8 ultra-wide-angle lens, 8MP zoom along with a depth sensor. This is the first time we’re seeing that much high-resolution ultra-wide-angle on a smartphone.

With this 40 megapixel, Huawei is not playing any game, the comparison in front of this just blows everything away. This phone was surely going to bring the best ultra-wide-angle photo and ultra-wide-angle video game to the table. Almost every smartphone that we have seen this year has less quality ultra-wide angle lens compared to the Mate lens.

Other than that there’s a pro-Bokeh feature, which gives you realistic bokeh in video and front camera selfies. Unlike the P30 family, there is a front depth sensor that’s going to bring better portrait blur and detail to your selfies.

These are the new top 10 features of the Mate 30 pro. I hope you have enjoyed this. If so, please! Let me know your thoughts in the comment section about the Mate 30 family. Will you actually pay money for the Mate 30 Pro knowing all of its features and the lack of Google services? I would love to hear your thoughts.