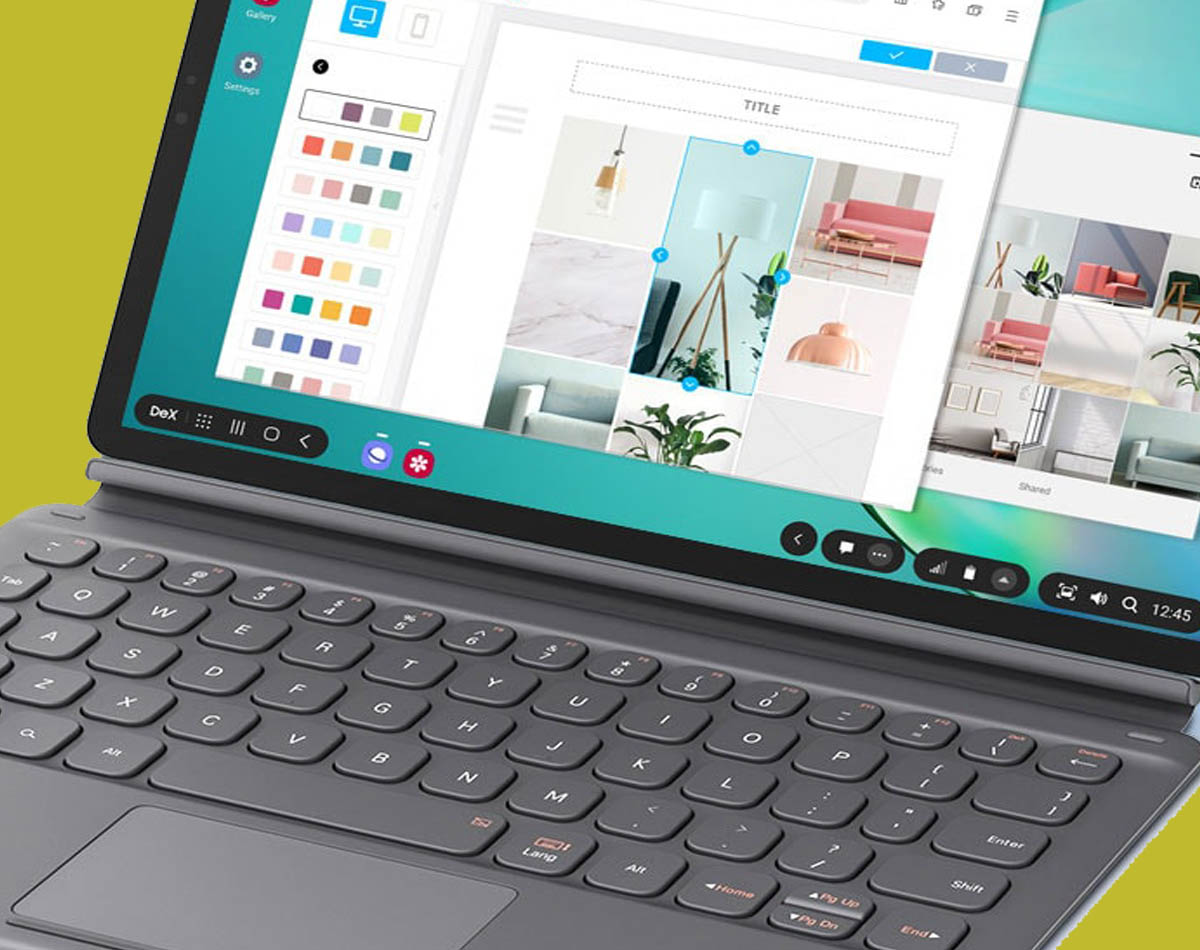 Samsung just announced its latest flagship tablet the Galaxy tab s6, and I’ve got to say that this is probably the best tablet for replacing a laptop. Even better than the iPad Pro with its impressive iPad OS update scheduled for full release this fall we’ll talk about exactly why the tab s6 is likely a better choice in this article.

But first, let me tell you why I’m excited for him… just a few months ago Samsung released the Galaxy S5e a budget tablet that I genuinely really liked, but couldn’t recommend it for most people because it has some weaknesses that not everyone can handle.

But the S6 changes that suggestion. I love how thin and lightweight the Tab S5e is the loud quad speakers and on top of that the gorgeous AMOLED 16 by 10 display, which is great for media consumption, and with that said there were a few big downsides that made it hard to recommend: the first was a Snapdragon 670 CPU, which is mediocre for today’s standards and really worrisome if you want to keep it for a few years. Paired with a mid-range CPU is a weak GPU, which made gaming a very poor experience. And lastly, there was no pen support, which is a deal-breaker for some people.

Well, the new S6 fixed all of those things giving us the pen support like the previous tab s4 and a CPU that can handle everything you throw at it. They’ve made some physical changes as well, like removing the side-mounted fingerprint scanner opting for an optical under-display scanner, I have to say that this is a very interesting choice given that their flagship phones use ultrasonic scanners.

We also have an updated keyboard and a new pen that’s included in the box, which connects magnetically on the back. And along with it on the back, we have new dual cameras one of them being a 5-megapixel ultra-wide lens. Even with these additions, the tablet is only 20 grams heavier than the S5e and only 5.7 millimeters thick, meaning that this will still be a fantastic device for long handheld use.

But as I’ve mentioned before at the beginning, this article isn’t just about the hardware, but about how the new S6 Tab is actually a better laptop replacement than the iPad pro.

The most important thing that can make the Tab S6 a better laptop replacement than the iPad Pro, is a pretty amazing feature called Samsung Dex. It’s basically an operating system that’s instantly accessible from an app. And what’s so special about it, is that it gives you full courser support, and you get a desktop layout that’s very similar to Windows 10 with the Start menu and app shortcuts right on the desktop.

You get incredible multitasking with rearranged by windows and apps minimize into the menu bar as well. Not only that, but you get traditional drag-and-drop file storage support just like we’re used to on a Windows or Mac computer. To put the cherry on top, the available keyboard case actually comes with a trackpad. Now, we won’t be able to tell how well it works until we get the tab S6 into the office, but the built-in trackpad makes it feel so much more like an actual laptop especially using Samsung Dex.

And while Apple’s iPad does get Mouse support, it just mimics touch input instead of actually registering clicks, so you can’t really use it like you would on a desktop computer. With the tab s6 though, you can plug it into an external monitor connect a Bluetooth mouse and keyboard internal index to have a legitimate desktop computer experience and to make it even better.

The Tab S6 comes with a stylus in the box unlike the Apple Pencil, which you have to purchase it separately for $130. The best part is that the 256GB storage model only cost $729, and it comes with 8GB of RAM compared to the iPad pros 4GB of ram. And if you buy the keyboard case before September 22nd, you can get it for half off. That means that with the tab s6 you can get a complete set up with 256 gigabytes of storage, the Snapdragon 855 processor, 8GB of RAM the stylus, and the trackpad packing keyboard case for a total of $819.

The 11 inch iPad Pro with 256 gigs of storage, the Apple Pencil, and the Smart Keyboard folio will cost you a $1107, so you’re saving almost $300 by going with the Tab s6 instead. But while it looks like an incredible deal on the spec sheet, things might change when we actually get our hands on it and compare it side-by-side. For example, there are way more apps on the iPad that work really great compared to some Android apps that suffer from poor optimization, and resolution issues on Samsung’s tablets.