Fried potatoes onions and sausage is one of my go for when I want something quick and tasty. If you are one of my old followers, you may already know that I from time to time post some simple hearty, and delicious recipes for busy days.

We all have those days where you don’t have so much time to spend on preparing a meal that gets you the job done, that’s why we need to have this kind of recipe on our browsers bookmark. And what is easier than tossing all your ingredients in a skillet and waiting for it to be cooked. 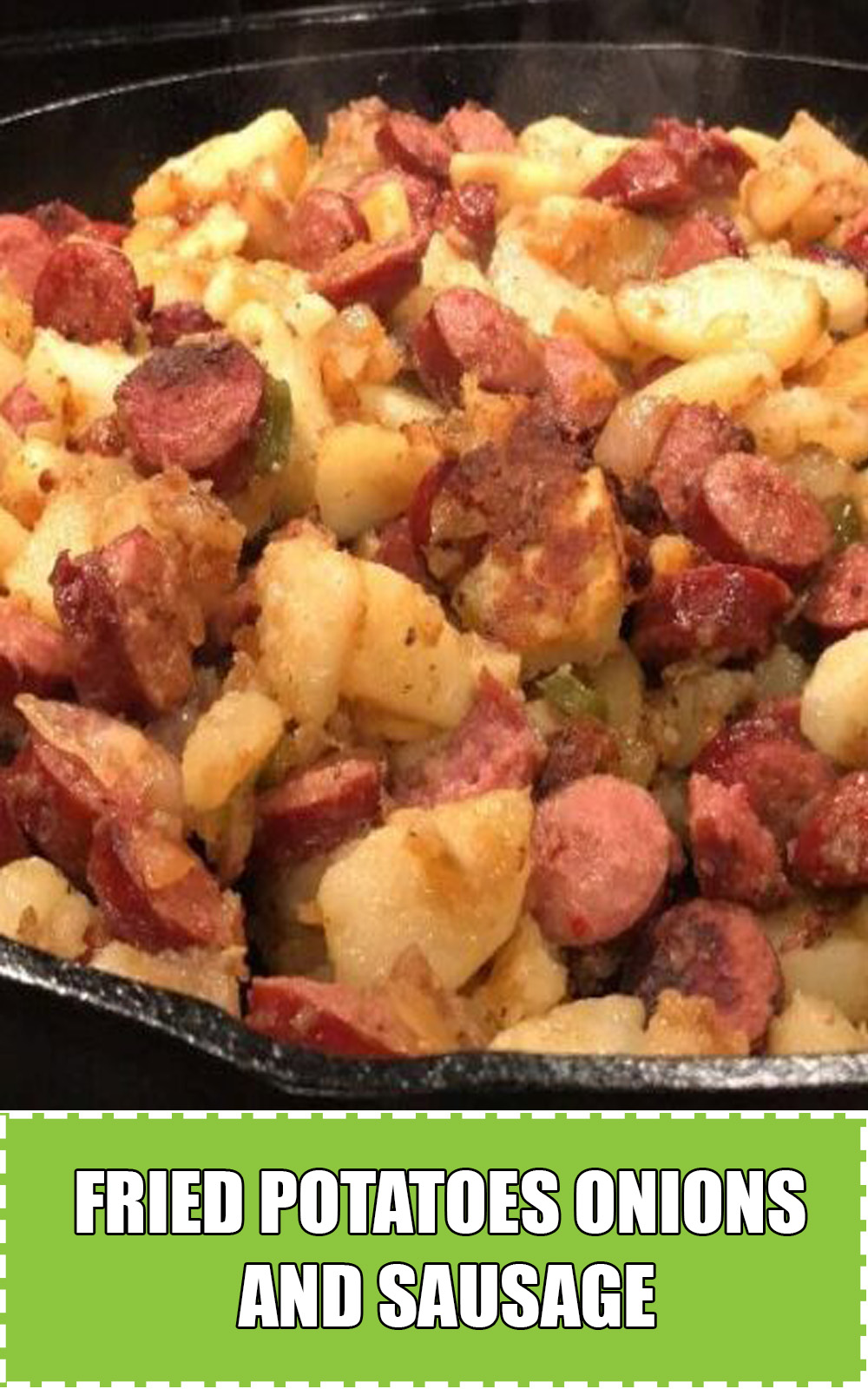 1 ) In a large pan, saute the onion in a large spoon of butter over medium heat until the onion is translucent.

2 ) Secondly, cook the onion until it is soft. Take the onion out of the pan and put it aside.

3 ) And in a large skillet, heat 1 tablespoon butter and 1 tablespoon olive oil until the butter is melted, and add Combine the potatoes, seasoned salt, Italian seasoning, and pepper.

4 ) After that, cover and simmer, turning occasionally, for 15 minutes, or until the vegetables are somewhat softened.

5 ) Then, cook for another 10 minutes after adding the sausage. Combine the onions and peppers in a large skillet and sauté until the peppers are soft crisp.

6 ) And finally, If using parmesan cheese, sprinkle it over top.

COOKING NOTE: Cook the sausage in a separate pan over medium-high heat until it is crisp, while the potatoes are cooking if you like a crisper sausage.