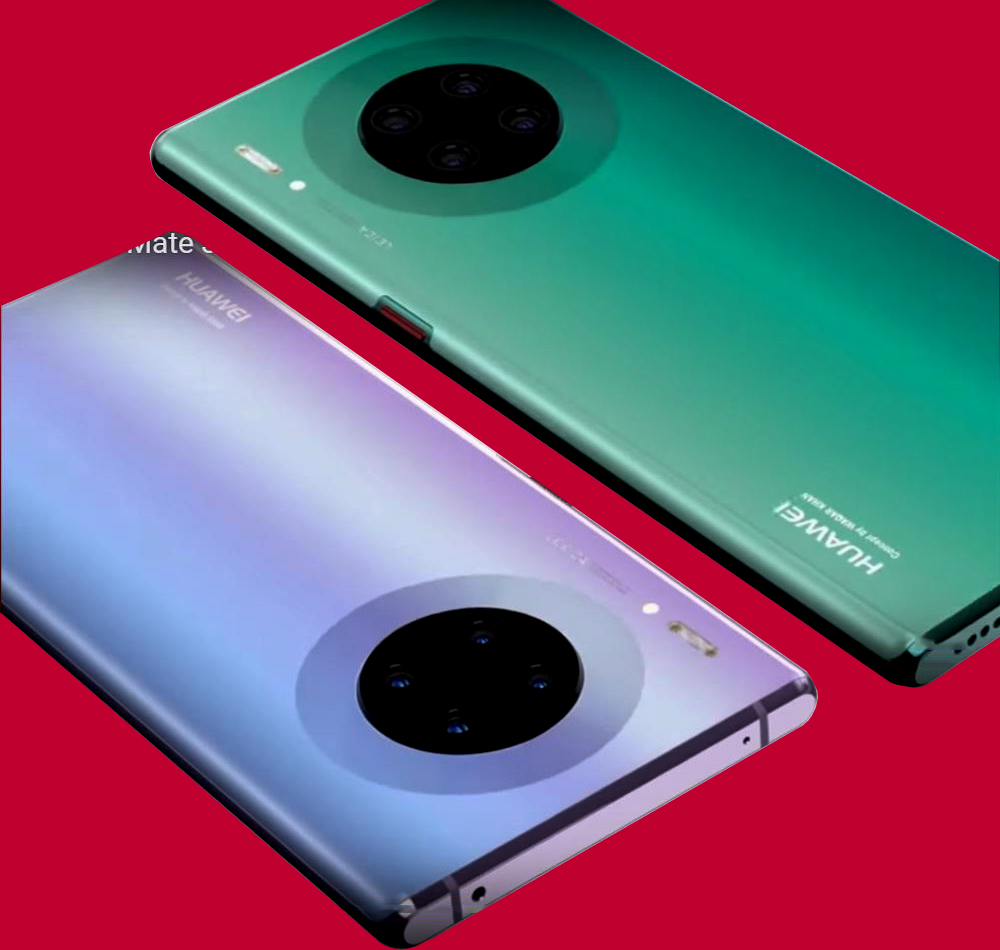 Huawei Mate 30 Pro Officially here: After a ton of unconfirmed leaks and rumor, here is the Huawei’s latest official news about the Mate 30 Pro. So let’s unveil everything new about this phone from the design to cameras as well as full specs.

The Mate 30 Pro is one of the first devices in the world to have the 88-degree waterfall screen. it’s actually a Full HD+ display, so it’s not quad HD, and we’ve got the Mate 30 on the side of it which has a flat display, and we can see from this official images that Huawei has managed to decrease the chin massively.

Most smartphones now have an in-display fingerprint scanner, but the Mate 30 pro will also bring the facial 3D scanner, which has been improved a lot compared to the previous Mate 20 pro.

If we talk about the back of the phone we have tons of live images, as well as the live hands-on look. It doesn’t look all that pretty, but it doesn’t matter; because most of the users will take the function over the ugliness.

This big camera that is taking all that space is actually going to be pretty insane. it’s actually officially confirmed that this phone can shoot a 7680fps slow-mo video, which is absolutely incredible.!

The highest a smartphone can do is 960fps, so this is just completely insane and it’s all possible; because of the 40MP cine lens that is inside of this monstrous camera. so 40MP super-sensing lens with another 40MP main camera lens.

This phone is capable of shooting 7680fps video because at that level you have to have some insane low-light performance gains, which I believe this phone has. along with the video night mode, Huawei will bring some major improvements to its normal night mode photo as well.

right now with the initial reviews, the iPhone 11 Pro is producing some really good night mode shots, so I believe Mate 30 Pro can do better than that with that huge camera sensor it has. It also has a professional camera level, natural depth of field along with 30x digital zoomed.

The Mate 30 Pro family will also come with 4 colors, so You got the green color, the black color, lavender purple color, and finally a bluish color. And if I have to choose one color out of all this, I’ll definitely go with the black one. Considering the whole look of the Mate 30 Pro, I think the black looks the best and the camera blends in nicely.

Apart from that, the Mate 30 Pro is also coming with a 4500mAh battery, and it’s going to have a record-breaking 27W. So fast charging along with 40W of fast charging right out of the box.

Everything about this phone is looking really really incredible! It’s a monster phone indeed, but it all comes down to one thing and that is the software. It’s coming with Android 10.0 based on EMUI 10, but without Google application; because Huawei didn’t get the license for that.

And this will create some mixed opinions from users, so some people don’t care and some people think that without Google services, no one will buy this phone. Surely Huawei will sell millions of this phone in China, but as far as in other markets Huawei is not that confident according to the recent news.

Initially, the Mate 30 family will not be going to come to Europe. This is indeed a piece of very bad news for people from Europe since Huawei is announcing this phone in Germany, it’s pretty insane to not launch this phone in Europe. hopefully, some update on that will come on the official launch event day.

So that’s all-new about Huawei Mate 30 family. It’s an incredible phone, but without Google services, it’s going to be very tough, I’m sure Huawei will bring its own App Store as well as some slight loading methods, after all, it is Android, which means the same OS in your Phone Now.

Again we’ll see how everything will play out, but before that, let me know your thoughts in the comment section below. will you buy the Mate 30 family knowing that there will be no Google services?