Home BIG-BRANDS All What We Know About Garmin Fenix 6 – design, features, price... 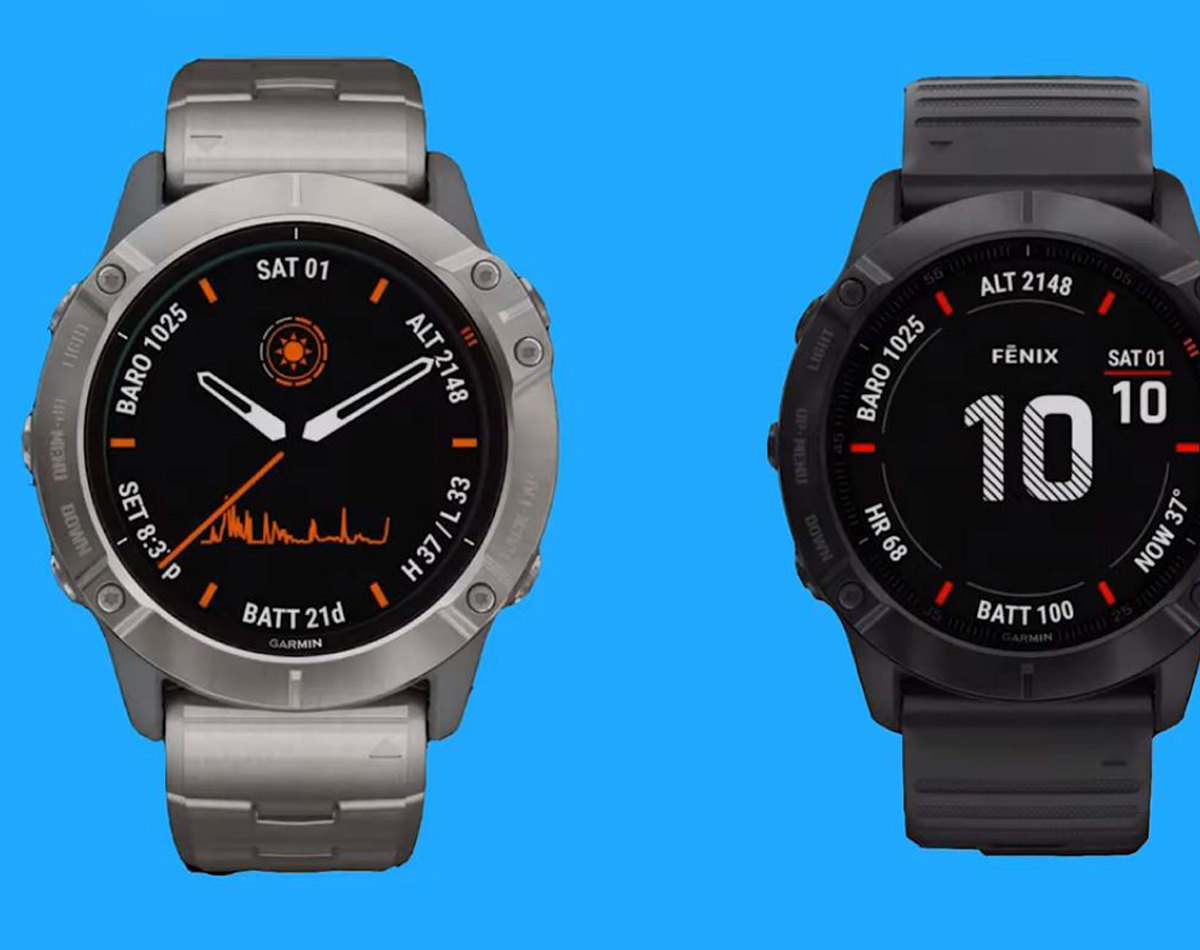 As for each year and before any official announcement, we started to see rumors and speculation about the coming product. And this time the victim is the Fenix6 from Garmin, and here is all that we know about this device right now.

Design: Garmin is sticking with its familiar naming convention with the Fenix 6 series now the world talk of the Phoenix pro version being made available now this was based on some images of the device that we’ll leave now I don’t think it’s going to happen for two reasons.

The first reason, I think it’s more of a prototype device, and I think Garmin is stuck with the sapphire naming convention. The second reason if they bring out say the Fenix standard, the Sapphire and the pro it doesn’t leave a lot of features to spread across them in order to make the pro more compelling.

However, that being said, I could be proved wrong. And based on a couple of features that I’m going to talk about later on. the pro series could make an entrance but I think only with the Fenix 6x.

Now in terms of design, the Fenix 6 will come in a base-model across the all the variants. this will feature a stainless steel bezel with a polycarbonate casing. You get a choice of different bands and color options, but not as many as you would with this sapphire edition. And also based on information the screen was made of Corning Gorilla Glass.

The Fenix 6 sapphire edition again comes in a stainless steel bezel with titanium down, and light coating as featured on previous Fenix models. These models will have different band options along with various color options, and in terms of screen protection, Garmin is going to ship this model with sapphire glass to provide extra protection now sticking with that screen.

A lot of people now rope in for better resolution screw that doesn’t look like it’s coming, however, it does look like Garmin is going to increase the screen size across the entire range. For some this would be a welcome addition; however, there’s no news on whether we’ll see a pixel increase. Maybe that information will come later. But certainly, we’re not going to see a touchscreen on the Fenix 6.

FEATURE: the Garmin Fenix 6 is rumored to be getting some new additions; especially, around the new elevate or trait sensor, the solar charging, and the advanced training features called pace pro. Digging a little bit more in detail, the first feature is pace pro. It looks like Garmin is going to release a feature that will give you graded adjustment pace guidance throughout your activity, plus it will take into account other factors to calculate your vo2 Max and your training estimate.

Garmin will also include heat and altitude acclimatization, along with training load focus training effects, labels, and more… as already featured on the for 945. Whilst it’s no longer percent confirmed, it looks like Garmin also included body resources, which is already included in 945. and this feature gives you data so you know when to push your body and when to rest. It takes into account things like stress, heart rate, variability sleep, and activity data points.

Also, we’re expecting to see all the features that were featured in the forward and 945. it also looks like the Garmin Fenix 6 will feature the Sony GPS chipset that’s featured on the mark and the forerunner 945, whilst this chipset is still in the early days of use and it’s still not proven that will certainly help with battery life long term.

In terms of Bachelor life, there’s no real solid information around the battery life performance, and the only real snippet is the information was released a couple of weeks ago, which indicates the Fenix 6x will get a battery life of around 21 days. Whilst this is not seen of a massive improvement, it’s still an okay back to life, however.

The big thing around battery life is a new battery life power modes. it appears you can be able to adjust your settings to get more out of your battery life, other sites have said this will only come to the Fenix 6x however other leaked images show this feature on the Fenix 6s.

The other big-ticket item is what’s called solar charging now very little is known about this feature other than that is going to be featured on the Fenix 6 solar, which appears to be the top of the range model.

If I was to guess, it was some sort of solar charging which would charge you what and this would be particularly useful if your honor ultra-marathon or you’re going to be out with your watch for more than a couple of days without access to any charging ports. It also looks like Garmin’s going to upgrade the elevate heart-rate sensor to its new sensor, which is featured in the mark and the forerunner 945.

We’ll certainly see the Fenix 6x with the pulse oX sensor, but it also looks like it’s going to be featured and cross the entire range. Also possibly means, because it’s going to feature the new elevator rate sensor. The Fenix 6 will also support wrist HR, while in an open water swim mode or pool swim.

One of the other features that’s been loosely suggested is the ECG support. This already is featured in things like the Apple watch series4, and the pull advantage and it was thought that Garmin would bring this for the Fenix 6. But no solid leaks are pointed towards this, which is a real disappointment.

However, based on this image, it looks like this is an ECG readout. So maybe if we are going to see a pro edition along with ECG support and some other top-line features, this is maybe the reason why a Pro Edition may be released.

in terms of other features, it will come with pre-loaded topo maps which will include scheme maps for over 20,000 ski resorts like its predecessor. it will all support GPS GLONASS and Galileo, has built-in sensors include in a three axis compass gyroscope, and a barometric altimeter. it’ll also support smart features including smart notifications when paired with a smartphone, also includes Garmin pay, music with streaming support.

And at the moment all information points that the Garmin Fenix 6, will not support LT mobile. So, that means that we possibly wait until the Fenix 7 or the Fenix 6 plus before we get this feature unless a Pro Edition is launched and this is one of the headline features of that device.

RELEASE DAY: until about two weeks ago, everything was pointing towards CES 2020. However, based on leaks a very well-known online retailer, suggesting that the 29th of August is going to be the release date. This could be a possibility given that IFA 2019 is coming up in Berlin, and in the next couple of weeks we could see the device released either in August or September certainly by CES 2020.

Price: about the release price, they suggested that Gramin Fenix 6 Series will start at $599 all the way up to one 1149 this is based on speculation. Some information in terms of sources and also some leaked pricing that was made available by the online retailer. However, expect to pay at different amounts based on the different colors and band options that you choose with your watch.

That’s all the speculation, all the leaked information and all the sources that we’ve been speaking to, suggest that Garmin Fenix 6 will be coming pretty soon. And it will be coming in various different editions whether we’ll see a pro version is yet to be seen and if we do then we may get some further Edline features. And it’s going to be great to see how the solar charging will work, and it’s great to see how the device performs. so I sell in beginning my hands on one when it becomes available.