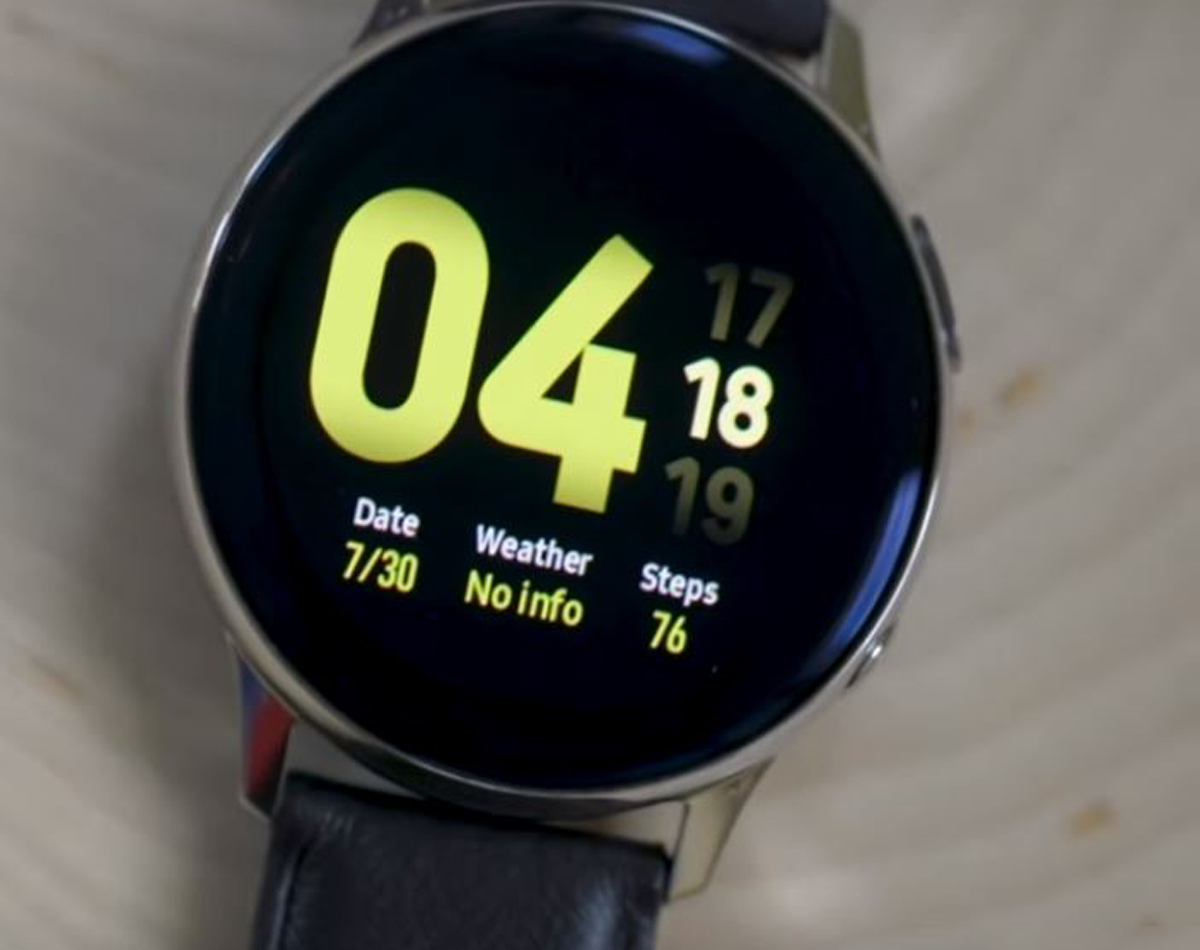 In this Galaxy Watch Active 2 Review, we’ll try to uncover all the details and upgrades that came with this new smartwatch that we can read from its name that it’s addressed to sports and fitness people.

The new Samsung Galaxy Watch Active 2. It’s the latest smartwatch from Samsung and it actually joins the Galaxy Watch Active that was released earlier this year. Samsung is going to be selling both of these at the same time so you can kind of choose between them.

As you can see, it comes in two sizes there’s a 40 millimeter and a 44 millimeter. It’s available in both Bluetooth and LTE versions. The LTE model is stainless steel and then it is a Bluetooth model that’s aluminum.

They’ve kind of made it a nicer feeling watch than the Galaxy Watch Active. Which was, it’s definitely a lower-end model and it feels it when you use it. Everything is a little bit nicer especially the stainless steel model here, it’s just a nicer build quality. It’s still really thin. It’s still really lite. It still has a nice bright LED screen on the wrist there so it’s easy to read indoors and outdoors.

The biggest thing that they’ve done is they’ve brought back the rotating bezel. Now it’s not an actual physical rotating thing like on some of the other Galaxy Watch models that we’ve seen in the past. It’s a touch-sensitive stripe that you run your finger across and you can scroll through screens, you can scroll through text, notifications, apps, whatever.

It’s just a lot easier to control then the first Galaxy Watch Active which didn’t have any system like this at all. You only had the touch screen options. So super happy to see that come back. It’s really slick and smooth and probably the coolest way to interact with the smartwatch that I’ve used. On the side, you’ve got a couple of buttons. Pretty simple straight forward, back and menu buttons And then underneath you got an upgraded heart rate sensor.

You got an upgraded accelerometer. And then Samsung also says that it has the capability to record your ECG. And that features is not going to be available at launch but it plans to bring it to it sometime later after the watch itself has been launched. Otherwise, it’s a Galaxy Watch Active which is going to be really familiar if you’ve used a Galaxy Watch before.

Still has the same kind of ties and interface. Still has the same kind of app menus and things you can obviously get your notifications from your phone. You can swipe up and clear them. You can view your calendar and weather and stuff. All the type of stuff you would expect from a smartwatch. Samsung has built-in some new integrations. There is better Bixby support now so you can activate a workout with Bixby and it can do a paste workout for you, which is new.

It can control smart things gadgets. It has a Spotify integration built into it including offline Spotify playback, which is super useful. And it has a new ability to watch YouTube videos. There’s an actual YouTube app that Samsung built for this so you can watch YouTube videos on your wrist. Truly do not know why you’d ever want to do this but it’s there if you want it.

Another thing that’s new for this model is the ability to match a watch face to your outfit. You can actually take a picture with the app on your phone and it will then process what you’re wearing and create a watch face out of it. So you can have a constantly different personalized watch face that nobody else has right there on your watch every single day if you wanted to which is kind of a neat feature.

Then the LTE models going to follow later and pricing going to be announced by the carriers on that. Now Samsung is announcing a lot of things this month. Samsung already announced the Galaxy Tab S6, so be sure to check out full review about the Tab S6 here for all the new features that came with. And you can also check the Note 10 and Note 10 plus version review here.