A few days ago, Google announced its new flagship, the one that everyone wants to hear about that’s the pixel 3. And when it comes to Google devices, the software and camera are the things that make this giant over the other competitors.

Now of course a lot of what’s leaked was the hardware, and that was pretty much all right well except, for the conspiracies. But we’ll go through everything and give you detailed info. With what’s right and what wrong from my own opinion with this new Google smartphone.

Google Pixel 3 And Pixel 3 XL Review A Quick Look into The Design:

Stating with the design, which is pretty much the similar to the last year’s Pixel – But quite a bit of improvement specifically in the build quality. So, it’s a small design update, but it’s clearly still a pixel device. Except, that it’s now all glass from top to bottom in between aluminum rails. So, typical 2018 fashion, the bottom half of the glass is a sort of textured or frosted in a way the gives it a soft touch matte finish, which makes it feels really nice.

the three new colors this year are just black, clearly white and not pink – so the white has this mint colored power button interesting, and the not pink has this bold orange power button and then the black on black one has a black power button also fun fact they painted the inside of the USBC port black which is a nice touch completing the truly matte black everything pixel three well done on this one 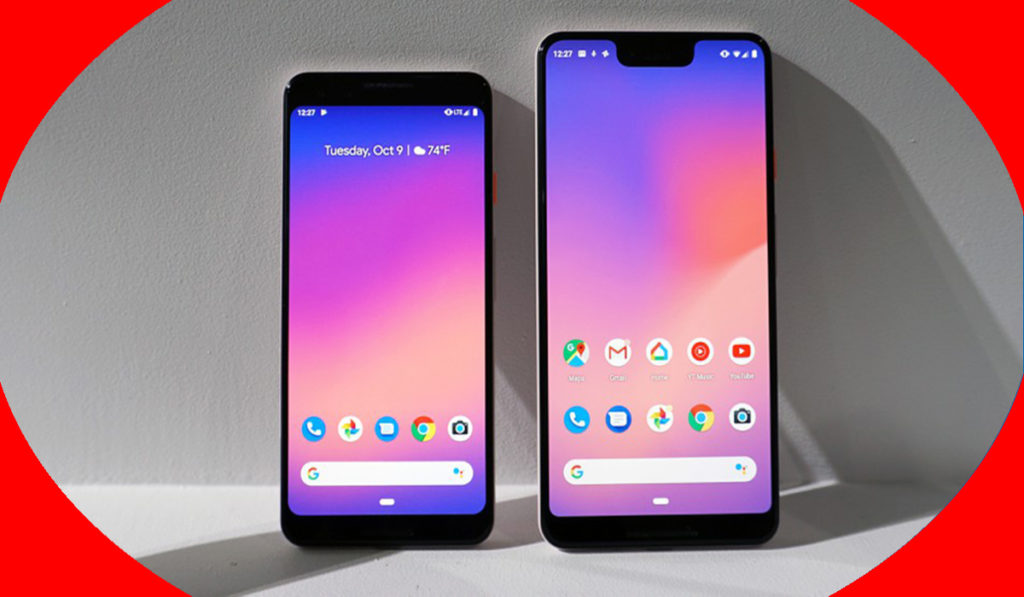 Google aside from that it does just feel a little bit heavier thanks to more glass, but overall it feels good the buttons are really clicky and they feel premium in hand. You still have the squeeze for assistant, and you do get wireless charging. It’s also now ip68 water-resistant and you’ll notice since they move the SIM card tray to the bottom and all the buttons are on the right.

Google pixel 3 left side, is now completely blank just devoid of anything it’s totally smooth, which is also interesting. I’d say the worst part about this build, is actually the fact that it’s kind of slippery despite the soft touch back.

Then around the front, probably the most buzzed-about part of all the leaks the screens, and that notch on the pixel 3xl. It’s tall as hell alongside much larger than normal chin also. The regular sized pixel 3 does not have this notch, so the XL display is a 6.3 inch 960 by 1440 flexible OLED display that goes right up to the edges. as close to the edge, as the one-plus 6 or iPhone 10s or any other flagship.

And the smaller pixel 3 with no notch, has a 5.5 inch 2160 by 1080 display also flexible OLED and this is like a sneaky candidate for a small phone of the year. That’s just the state of phones were in right now, small phones are getting big. There’s no headphone jack and no expandable storage just like last year’s pixels, but of course it’s a 64 gig and 128 gig version. It’s Snapdragon 845 and 4 gigs of ram inside, which it’s kind of weird to say, but that’s actually less ram that most users would expected from Google 2018 product. Especially when you take a look at what other competitors did. Anyway RAM performance, most of the time depend on how much the software is optimized to the hardware parts.

So, is it worth that? Well as far as the speakers I’ve heard them, and they are really impressively loud and clear. I’d say: they’re on par with the razor phone just for my first impression. Although I didn’t get to do any side by sides yet, so if you’re the type of person to put your phone like in a corner of a room and fill it up with music, you can do that with this phone like a mini boombox.

A smaller pixel 3 is a much better looking phone for most people, but I’m willing to give the XL a chance. Because, I am still a big phone person, and on the camera that we all love so deeply on the pixel. It is in fact upgraded again, which has me very excited. The new 12 megapixel sensor at F 1.8 with of course same camera and the XL on the small one, and you already know pixels visual core is still there. That’s so important to why pixels been, I guess the undisputed smartphone camera champ for the past year.

Actually that ties neatly into software. Because, Google just always does so much with software and machine learning. And AI and that’s a big reason why they have one camera on the back, instead of two or three.

A lot of the features that are technically new to pixel 3, are just software ready, there’s ‘’Top-shot’’ as an example. And what it does is, once you’ve taken a photo, it analyzes other frames that were also captured, and uses AI to decide if it can suggest a better one. Maybe someone was blinking or sneezing, you don’t even have to take another photo. It’s just waiting for you… 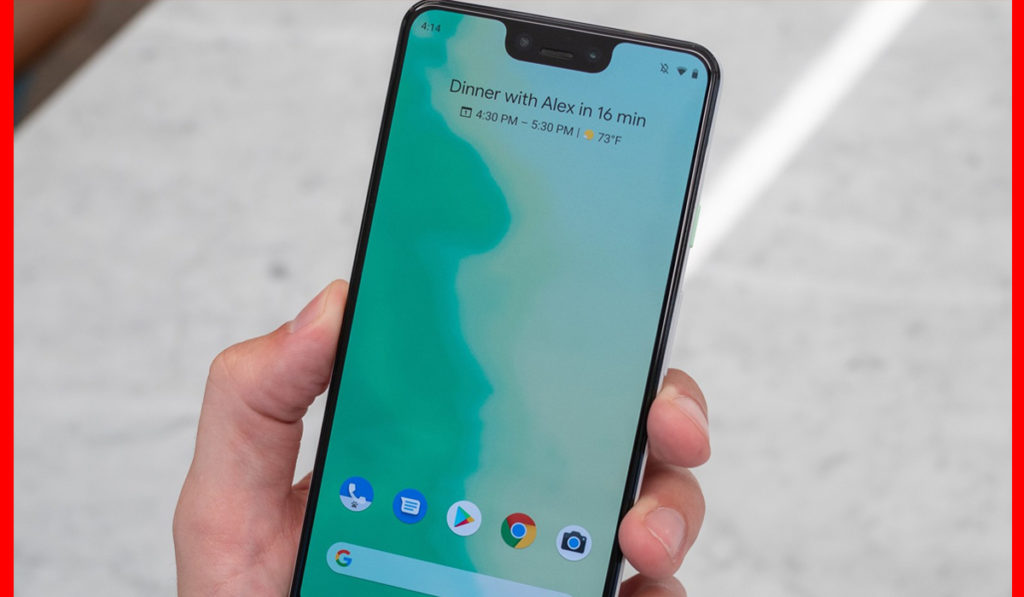 There’s a new night mode in the camera, that’s called ‘’night sight’’. It’s supposed to be significantly improved. There’s some other great night modes, and other smartphone cameras. there’s something called ‘’super-resume’’, which this is super as so Google it uses literally the shaking, or rotation of your hands as you’re taking a picture or a few digital zoom, it will use that to compute a higher resolution image from that zoomed photo.

So it’ll help you take better digital zoom photos, it’s not necessarily going to be as good as optical zoom, but that’s still pretty damn cool. That google lens functionality, is now built into the viewfinder. So without even snapping a photo, you can just point the camera at a business card, or a restaurant menu and it will pull in like an email address or a phone number free to one touch call or compose.

‘’shush mode’’ is a new feature that literally just sets your phone to silent, or do not disturb mode, when you put a face down on a table. and there’s also now a call screening feature powered by Google duplex coming later, and rolling out to a couple cities at a time. but basically when you get a call you can accept, reject, or sent a call screen where that person calling you will interact with your Google assistant, and you’ll see a live transcription of that interaction while it happens. And you can decide to cut them off, or pick up unreal and then according to Google because I asked everything except, for shush mode that I just talked about, will be exclusive to pixel 3 and not come into pixel 1 or pixel 2.

Now,’’ that pixel 3 and 3 XL are official you got any of them in one place, and like I said I still think that smaller one, is probably going to be the one a lot of people are more attracted to. Small ones starting at $799 and pixel three XL starts at $899.

Last years, smaller version always used to be less Gib. of ram or they take the second camera out or something like that, and finally the manufacturers get to understand that the users want the small size, and not the lower capabilities version.