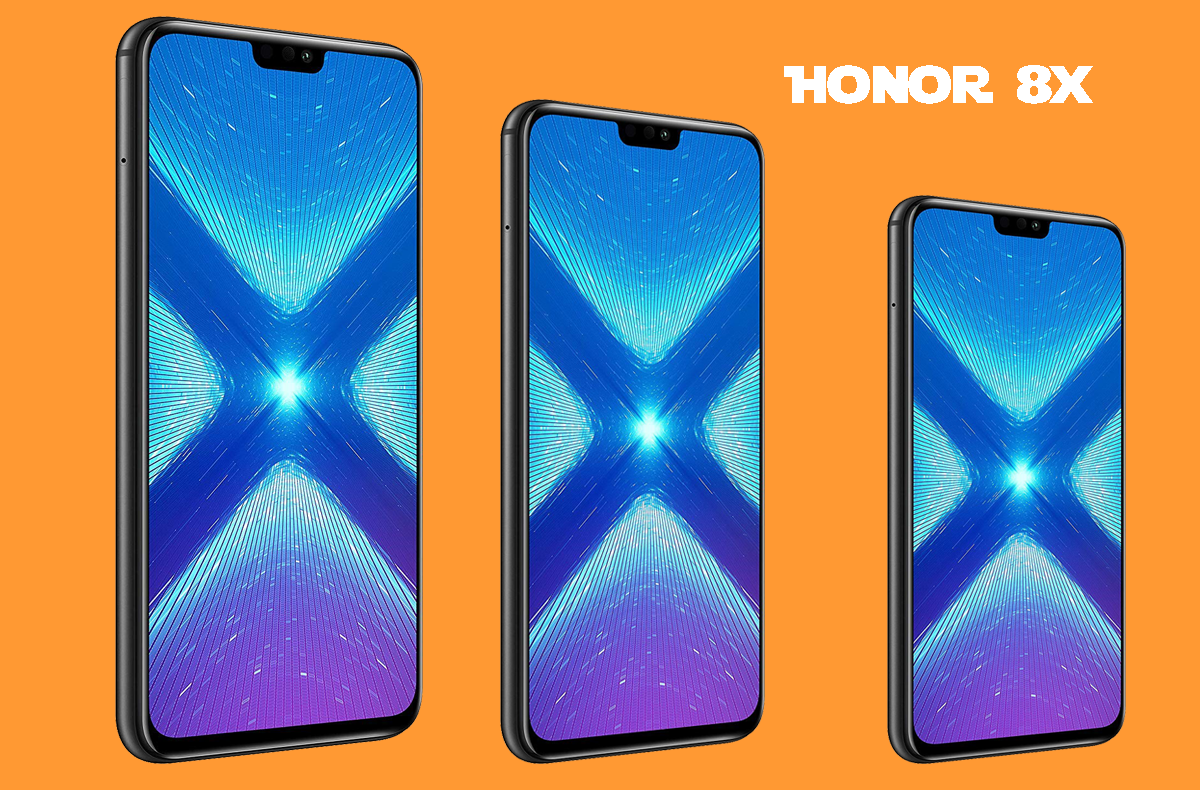 Honor is a company that is incredibly prolific putting out phones the left right and center, the Honor 8x though is still a very interesting device, and it’s another device from the company that manages to offer impressive looking specs on paper at a relatively low price.

Normally, when reviewing a device like this I’d run through the features and the specs and tell you what’s good and what’s bad. However, when it comes to cheap devices, this sound like a complaining review.

That’s why I’ll make this Honor 8X review a bit different to others by going through all the specs and features and then summarize the whole, to let you know if this is something you should invest your money in or not.

So, let’s start from the screen, which is a fantastic screen keeping in mind the price. It’s a full HD IPS LCD display and what’s impressive is the size. This is a 6.5 inch display is a 19.5:9 aspect ratio and it’s got very thin bezels with an 84.4% screen to body ratio.

Honor 8X has a really big display that’s fantastic if you like reading Kindle, Marvel Comics, watching YouTube or Netflix. This great screen, puts this device in phablet territory, and it’s also one of the big selling points of this phone. If you want a big screen and you don’t want to break the bank for a pricey high end phone, then it is a great alternative.

DESIGN: The Honor 8x body has built from aluminum and glass, which makes it look very impressive. In fact, there’s nothing of out this device that would give away the fact that it isn’t significantly more expensive. It feels weighty and cool in the hand, and it’s nicely curved and of course it’s got that reflective back panel that honor is really known for.

PERFORMANCE: The Honor 8X houses Kirin 710 processor, which perform roughly equivalent to the Snapdragon 660 probably below that. So, don’t expect top of the range performance from it. When it comes to the UI nothing major but it is occasionally there.

Gamers should know that this device rely on Marley G51 GPU, and it’s perfectly adequate for playing pretty much all games on the Play Store. But it is a mid to lower end GPU, so expect to see a few dropped frames if you have it on the higher graphical settings.

For most people that’s not a problem. This isn’t a beast gaming phone and don’t even get me started on GPU turbo that only affects the couple of games like, pub G that it’s optimized for and even then you’re seeing slightly increased frame-rate stability barely noticeable. It looks like the GPU turbo is a bit of a marketing gimmick.

BATTERY PERFORMANCE: We can say that it’s very good for the price. The 1750mAh battery is large enough in its own, but if you combine that with the energy-efficient Kirin 710 SOC, you have a device that lasts a very long time in spite of that large screen.

But, what’s arguably bad even at this price, is micro-USB. Yes we saw it on the Redmi mi 2 Pro, but I didn’t like it there either. In 2018 this just makes no sense other OEMs are managing to give us USB type-c for a low price, and even the Honor 8 had USB type-c. So, this is a big deal probably not for a lot of people.

And what it’s going to do, is slow down your transfer speeds a little bit and your charging times; however, it does make your device less future-proof, which means you’re potentially going to have to carry extra leads around with you and it’s just backwards facing and it’s really a bit of a Mar.

SOFTWARE: You get Android 8.1 with EMUI on top. If you’ve used an honor or a Huawei device before, then you know what to expect. Unlike most of the devices at this price point, the Honor 8X features NFC means you can use contactless payment apps etc… I know a lot of people like this.

The Honor 8X is one of the few devices that still has the headphone jack in 2018, which is so good for a budget friendly smartphone. A dual SIM card and a knotch at the top for people who like it. And If you don’t like it, there is a possibility to turn it off in the setting.

The camera has some Pros and Cons, as any other smartphones out there. For some people it will be a plus, and for some others it will be a minus.

So, on the plus side: This has a good megapixel count the rear shooter is 20 megapixels, backed up by a two megapixel depth sensor. So, this will bring out a fair amount of detail, and of course, it can do this in bokeh and portrait mode etc.

Low-light performance isn’t fantastic however, and there’s no optical stabilization but then you would expect that, and of course you’ve got all that AI scene recognition layered on top.

And you get a 16MP selfie camera, which I think that’s actually pretty generous. I do like to have a decent front-facing camera, so I can do portrait mode from both sides. I actually find that Honor phones are among the best, when it comes to the portrait mode.

On the overall, there’s more good than bad in this device. A great design ring, big punchy screen, great battery life, a fairly average performance in a fairly average camera, there’s so much to choose from in the mid and lower range at the moment and of course the affordable price. I think this is a fantastic time to buy an Android phone, if you need it. Check the latest price HERE…