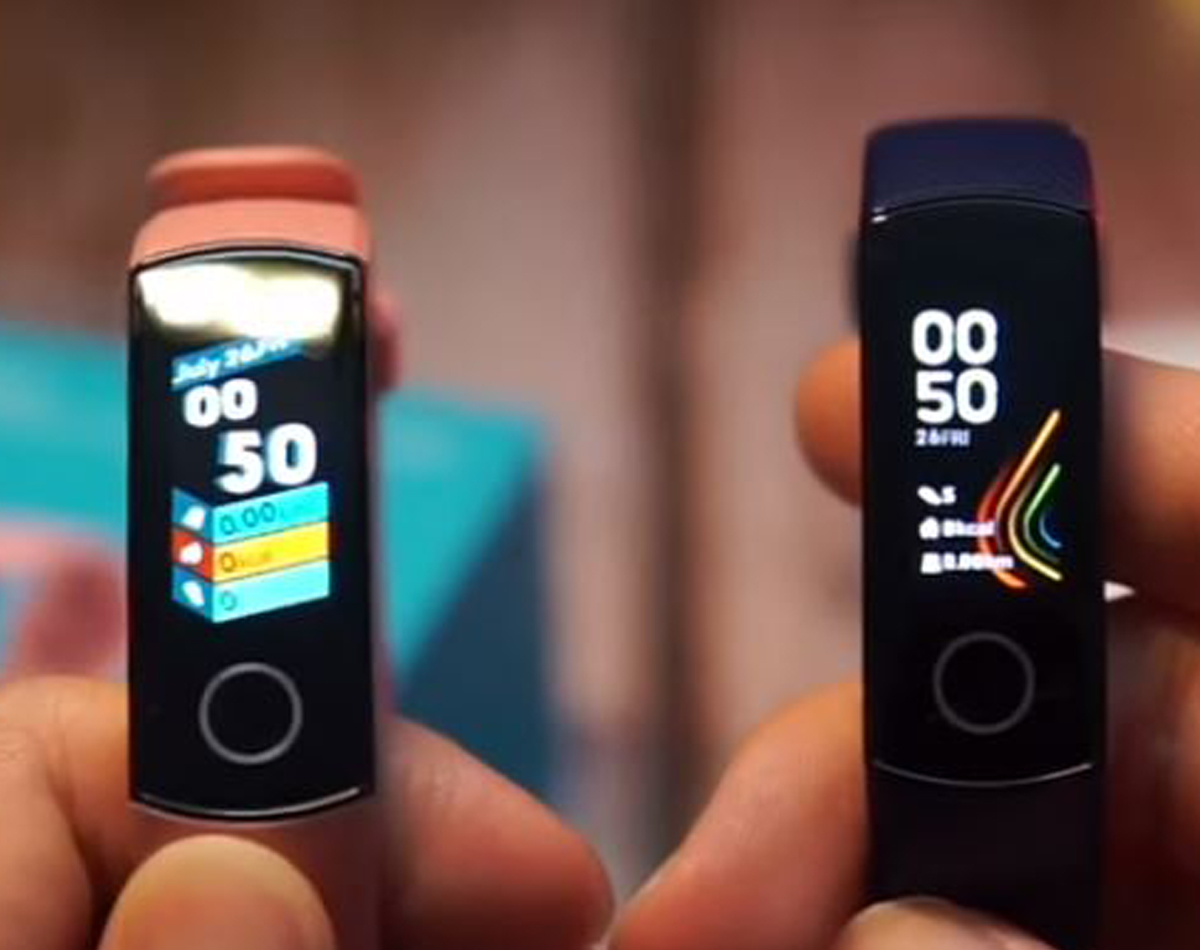 Honor band 4 vs band 5″ The Honor Band 5 was just launched by Honor not too long ago, and it brings along some minor tweaks and updates to make the overall experience slightly better. There are a lot of similarities between these devices from features to design, function, and even the price. But there are a couple of minor differences that the honor band 5 comes with. So let’s check out what are these thing and if it worth to upgrade to it…

Honor does launch the band 5 a couple of days ago with about a $27, which is the same price as the honor band 4 when it was launched. And what makes this already differ from the previous version? That’s what we’re going to discover in this review.

The two bands here are actually using the same kind of material, and you can easily see that the texture is exactly the same on both. Both of these honor bands actually use the same size AMOLED display. And honor is saying that the band 5 actually comes with a better AMOLED display, but based on my personal judgment I think both of these actually look the same so the size of the screen and the display is still the same.

The battery is also the same 100mAh and can take up to 14 days. Anyways, everything looks very similar.

The operating system and you will notice that the UI on the honor band 5, actually looks better than the honor band 4. So if you want the latest device, definitely you’ll have some better looking UI. The main thing that differentiates the honor band 5 from the honor band 4 is the addition of the SPO2 detector, which detects the amount of oxygen in your blood.

Another difference is in the workout department. According to Honor Company, the band 5 will be able to track more activities a total of 10 activities, whereas the band 4 is only able to track 7. But if you look from the list of icon apps in both they are actually the same, we have all the same items that have been in the band 4. So, I’m not really sure what kind of other activities the band 5 is able to track. GET Honor band 5 here at amazon.com

I do know that the band 5 is able to track on more kinds of swimming activities so that should help if you are like a really serious swimmer, otherwise and these are just the two main differences between the band 5 and band 4.

I think it is a really good device if you just need like a quick heart rate detector and use it for a Smartwatch; Because it gives you notifications really quickly side by side with the honor band 4. Basically, if you’re looking to buy a new honor band, there is no reason for you to actually choose the honor band 4; because both of these bands actually cost the same.

Everything else is the same, the way they charge is still the same as well, and everything is just so similar. And like I said, the only difference here we have is a so-called better display, which really looks the same to me. The addition of that spo2 detector as well as more activities that can be tracked on the band 5.

And if you’re asking, is there an always-on display? The answer is no. you cannot have the displays turn on light throughout the entire day. It will still go off and you just need to tap the home button or lift your wrist to get the display showing.