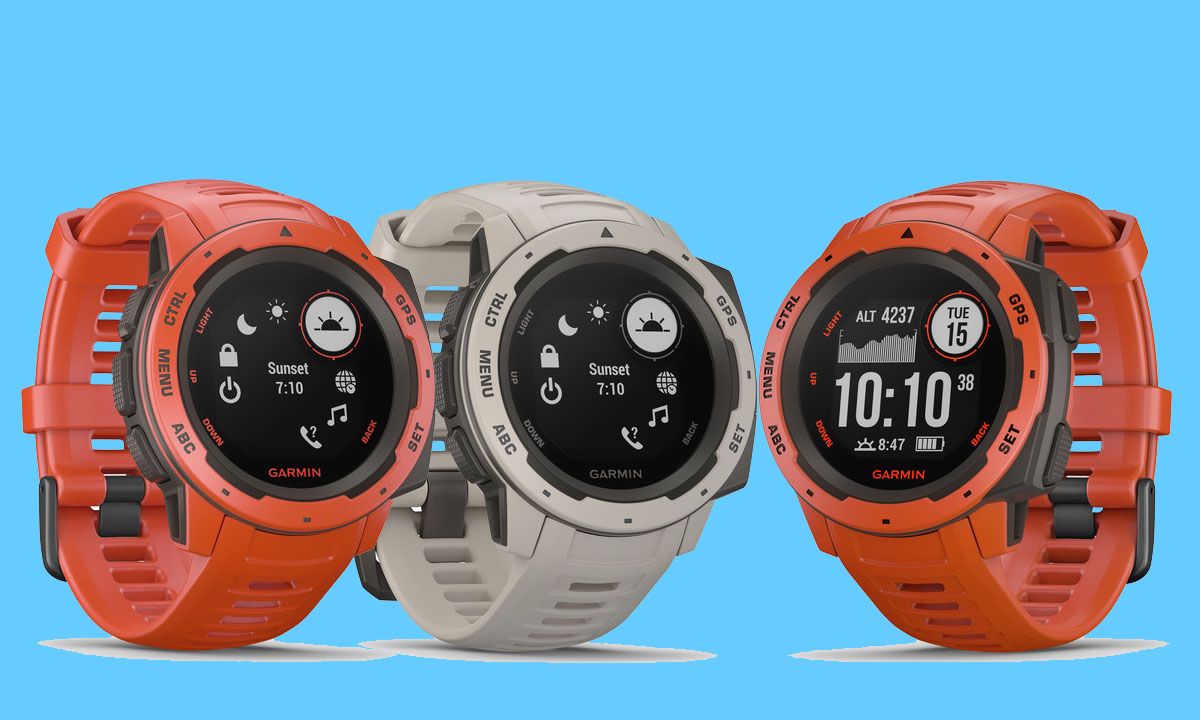 You’ve heard about the brand new Garmin smartwatch (Garmin instinct), that was announced a few weeks ago. You wish to know more about it, but you still didn’t find enough info?

Well’’, this Garmin instinct vs Fenix 5 article is for you…

This time Garmin comes with a completely unique style, because, it’s different to what we have in the market right now, and not because, it had never been before. Actually this particular design style is similar to what we’ve seen on old Casio watches years ago. It’s nice to have all these features run by such an old design system like this one. But if you don’t like the 1980 style, then probably this is not your watch.

This is essentially a blend of a Garmin Vivoactive series watch. Like, the Vivoactive 3 with a Fenix watch, which is their super high-end watches.

But, there’s a lot of really interesting choices, that Garmin has made when it comes to how they design this particular watch. Get Garmin Finix 5 here at amazon.com

So, starting off with the external side of parts that are all waterproof to 100 meters matching the Fenix 5, while the Vivoactive stays at only 50 meters. The Garmin instinct is also milspec for basically drop testing and shocks, as Garmin said.

Good battery life is something really interesting for every smart device. And the battery life on Garmin instinct is up to 16 hours of GPS on mode, up to 14 hours in smartwatch mode and 40 hours on ultra-track mode. Looks like, Garmin’s trying reduced tracking mode that’s usually fine for hiking, but not so good for like running or cycling and stuff like that.

If you’re asking if there is a difference between the Garmin instinct and the Vivoactive 3 or Fenix 5, then keep in mind that there are a ton of differences and we will point out some of them here.

Number one: Are the courses, which I think is the most interesting difference and huge plus when it comes to Garmin instinct vs Fenix 5 or Vivoactive 3. And, with courses cycling people can do navigation using this courses feature, which supports also the magnetic compass that is built inside. Get Garmin Finix 5 here at amazon.com

The Garmin instinct, has the Galileo support as well, something that the Vivoactive 3 does not. Galileo support, allows you to go ahead and get different satellite signals that may be more accurate and may not be more accurate, it kind of just depends on the particular scenario. This has a mini-map on it, so, it’s something that the Vivoactive 3 does not.

The thing there compared to the Fenix 5 series, is that does not have a full map. So, you’ll not be able to see all the detail of what’s around you. Like, lakes in mountains, and stuff like that. It just simply shows you the trail ahead of time. 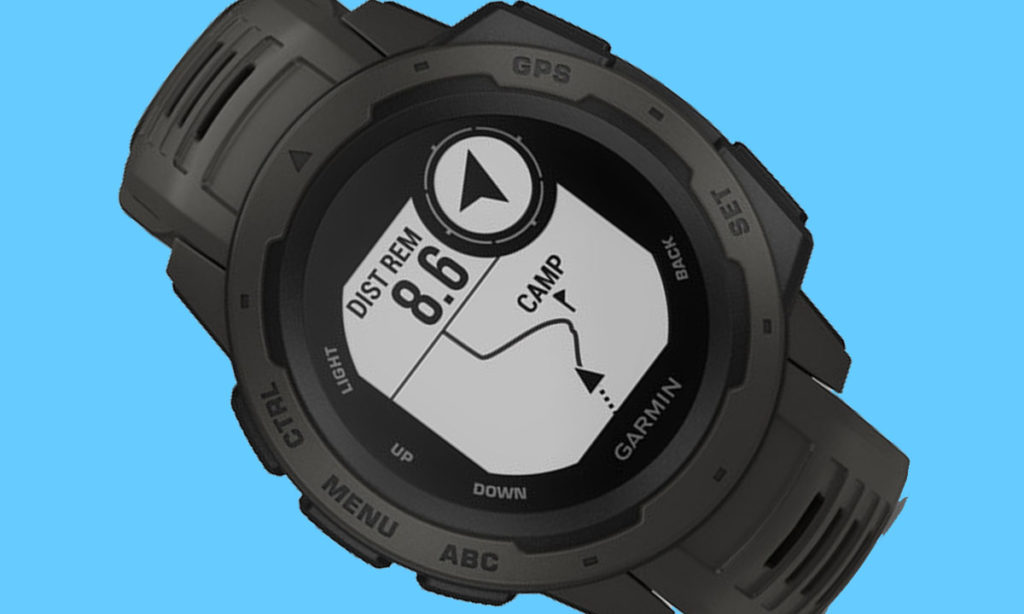 The Garmin instinct features the track-back: which is different than back to start, which basically just points you back at the start. Whereas, track-back goes ahead and takes you on the exact same route that you took getting there to begin with, and it has ultra-tracks as well.

It has storm alerts: things that are not in the Vivoactive 3. If you’re doing trail running,

It has auto climb: so that means that’ll change the data pages automatically to show you climbing ascent and descent when you’re going up hills. So, kind of cool stuff if you do a lot of mountain running and stuff like that in a lot of that of course based on the barometric altimeter that’s are built in the watch. 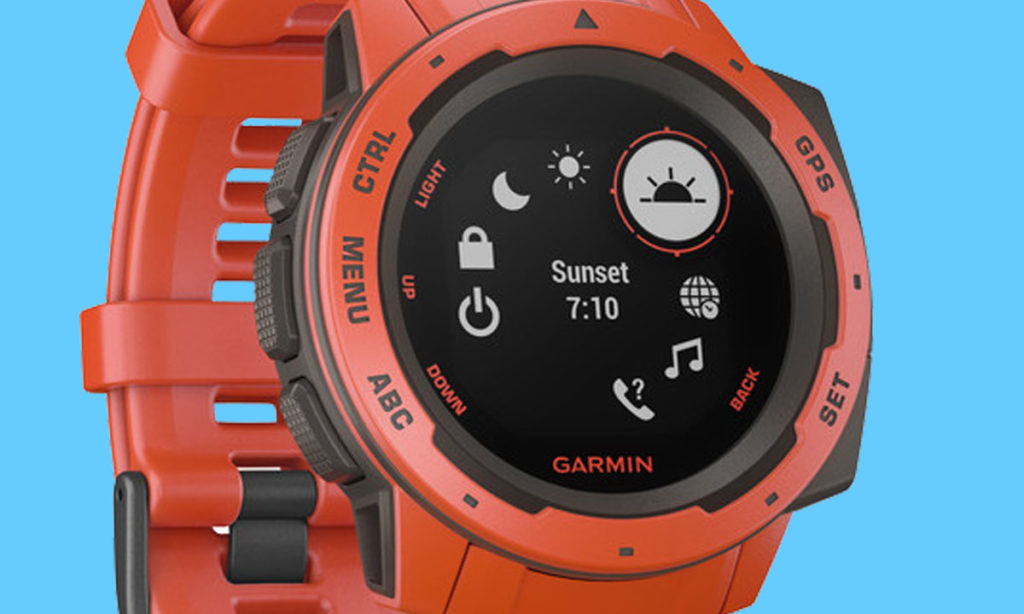 It includes sight in-go: which allows you to go ahead and just use this kind of as a simple compass it also includes the ability to do coordinate based navigation so you can put GPS coordinates in this if you want to as well. Get Garmin Finix 5 here at amazon.com

It has area calculation: which frankly you’ll never use in your life. And then it has Sun and Moon sunset times, the hands-on portion and that’s the hiking portion.

when we’re talking about sport, there are more advanced features on Garmin instinct that the Vivoactive 3 doesn’t have. The 3D distance, to speed is primarily targeted to hiking people. and one thing I don’t like is the fact that is has not the Vo2 Max, which is something weird for a $300 USD watch.

There is no connect IQ, and no Garmin music supports. so no storage of music like you’ve seen on Garmin higher-end washes, no pulse ox support. So, that’s a spo2 reading something they introduced on the vivosmart 4 back about a month ago, and on the Fenix 5x plus as well. and no golfing, something that Vivoactive 3 has. Get Garmin Finix 5 here at amazon.com