Home Home Ticwatch E review What You Need To Know 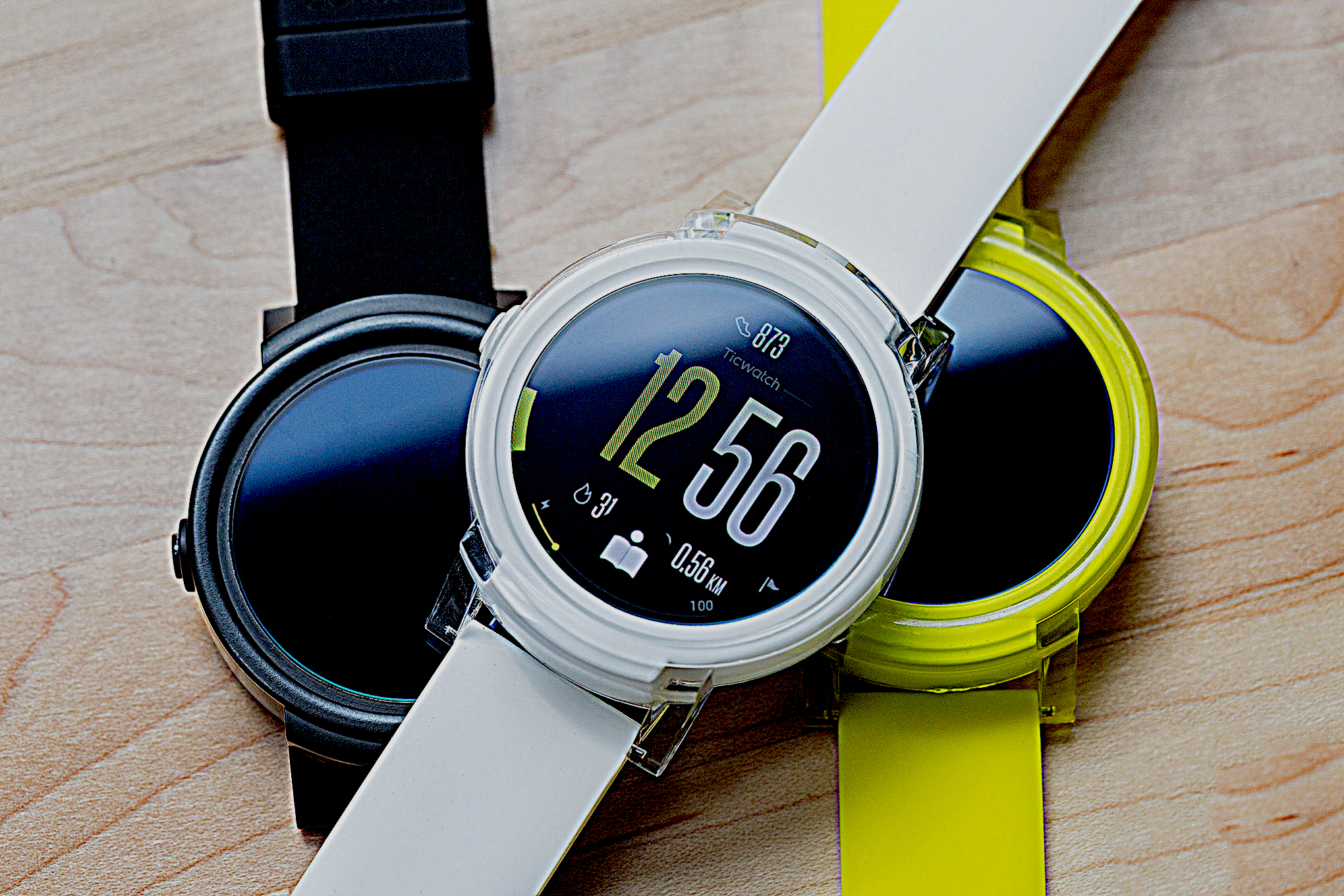 So the Ticwatch E“, there’s technically two models, the S Sport, and the E version. Which is the cheaper of the two.

you can wear it with every single outfit. Unlike some of the brighter versions that they have for the S model it’s just versatile, and that’s what makes it so good.

of course it being so cheap. It’s primarily made of plastic, and it’s got a silicone Bin, which means it won’t crack over time, and it doesn’t feel like Cheap toy watch. it obviously doesn’t have the metals, or premium materials that other smartwatches have. but when you look at the price I think that Ticwatch E is very good wearable to buy. and for me smartwatches are all about how it performs. of course how it looks. but Smartwatches have to be cheap because I feel you replace them every-time depending on the technology sophistication, and it’s something relevant to the style, that’s mean you should always have more than one style, and color.

On the other side of introducing Android wear 2.0, we lose the fabled tickle strip which was one of the coolest sounding names from last year, and it was a pressure-sensitive strip on the side, which you could scroll through the menu system. everything is interfaced into the watch, and it is fully touch sensitive, and going through everything even when you’re multitasking running a couple apps, thanks to the media tech processors everything hums along perfectly fine.

It’s smooth and fluid, exactly how I think an experience on a Smartwatch should be. Unlike many watches that I looked at last year it’s got a 1.4 inch OLED display which means it has an always-on function as something that is super useful, and that’s something that an Apple watch which is $400, $500, or $6 hundred dollars still can’t do.

and I think it’s one of the primary reasons why I have a watch on its to tell the time nice despite, it’s being only a hundred and sixty bucks, it still doesn’t skimp out on the heart rate monitor, or GPS so all people that want to use this for working out, you can use it Without any problems.

I would like to mention it’s also ip67 certified that’s both for the S, and the E, so no matter how much he sweats, and this still kicks on like It’s day one.

TICWATCH has passed on cellular connectivity that’s both to reduce cost as well as conserve battery life, it does have 4 GB. on-board storage though, so if you want to download songs to this, you don’t have to bring your corresponding phone. listen to music, and it’s nice to be disconnected, and not get text message notifications all the time. and there is also one thing to mention which is the phone call are available only for android devices now, it might be some update in the future, but this is the actual compatibility. 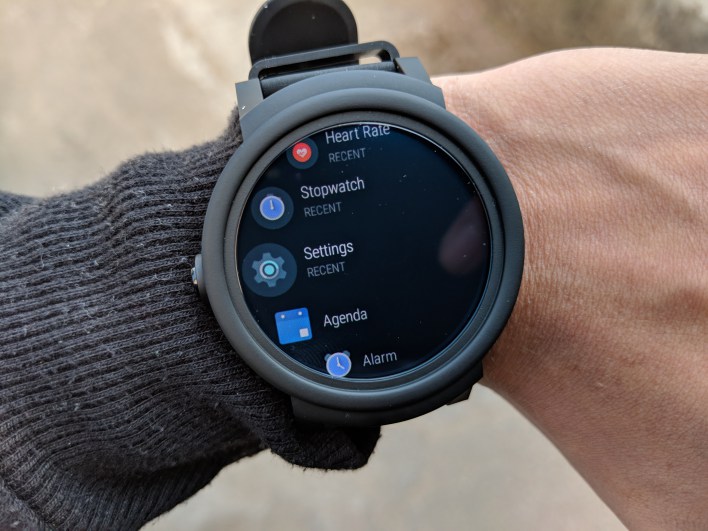 I think that’s actually a bit of a plus, and probably the last thing that you’re wondering about is battery life. and the one thing that I’ll knock about the TICWATCH. actually that goes for most smart watches in general, proprietary charger if you lose this guy it’s game over. Just to be on the safe side.

would Probably charge it every single night if you’re a super wearable user, but if you’re a light user only check the time, and may be a couple messages from time to time, you should be able to squeeze around two days of usage just be Sure to have the charger with you, if you want to top it up throughout the day.

and talking about the battery, here are some tips you must consider If you meet abnormal battery capacity, like sudden drop or short battery life:

charge the watch more 2hrs before you start to use it. And use the watch till battery empty and charge it up to full for 1-3cycles, the battery capacity indicator will be on right status.

the ticwatch line-up consists of a few models, but the E, or Express as it’s sometimes known, is the cheapest in the line up. and that doesn’t mean it’s a poor experience, absolutely far from it I have been staggered by how good this actual device is. the watch face isn’t dominated by printed dials, or loud colors.
this simple black model, is it’s nice and sleek, and it goes well with just about any outfit, which is also a nice bonus. and the strap itself can be swapped out. unlike the S model if you want that, a little bit more customization unlike a few watches that I had to choose between the size as well is quite a big bonus.

it’s not much bigger than a normal watch face, so it does mean a smaller battery. but it does result in a more comfortable wear for long periods, especially if you use it in your hands, for work for instance the day. and as a standalone device, I think it’s absolutely superb straight out of the box, where 2.0 runs nice and smooth mean app scrolling taps and swipes all nice. and responsive which is exactly what you want, with a SmartWatch.
the big surprise for me, was just how good the main user experience has been especially for the price of $150. I thought I’d be experiencing some slowdowns crashes, and even minor bugs. but honestly it’s been an absolute dream come true.

screen itself gets nice, and bright. so even in bright sunlight it’s easy to read, and obviously being responsive to touches, it’s often a major problem with smartwatches marketed as affordable for our budget, and that is not a problem here. of course the touch screen means, there isn’t much need for loads of buttons, and the single hardware button, is the power sleep button, Google assistant button, and menu button.

brick with this little 300 milliamp hour battery, and it can go from near 0% to 100 in absolutely no time. so there’s no worries if you want to give it a little bit a juice throughout the day. with the odd bit of Bluetooth connectivity for the old push notification say for instance.
even when it’s in airplane mode, you can still use the GPS, and almost every other feature. which is where I recommend doing so to preserve the battery life. once you turn off the always-on display, you’ll increase the time between charges a little bit. but considering just how quickly charges, if you do need a quick blast, then you can get a bit more lifespan.

another major benefits this watch, and Android wear in general, is the connectivity to the Google Play stor, which means, you can download a raft of popular apps, such as Spotify, and Google Play Music. and with four gig of on-board storage, you can save some of your playlists for listening via bluetooth headphones, or even get this via the onboard speakers.
one thing I will say is a ticwatch app, it’s a little bit basic, and it is almost an exact replica of the Apple smart watch app. you can see your steps distance, and workout stats, if you want but that’s about it.

the thing is that price point here means I’m incredibly impressed. simply wanted SmartWatch that would track how I’m getting on. i was on my run for instance, and I’ve come away with appreciation for a relatively new tech brand. I think if you’re in the market for your first SmartWatch like I was, and don’t want to completely break poket, then the ticwatch E, could be a great intro to the Android wear ecosystem. with smooth operation being the major standout feature here.

and Now thanks for being here, i think we’ve covered more than 85% of the Ticwatch E features. I hope the review was helpful for you, and if it is please make sure to share it with your friends, because that’s they only way to donate us, and helping others got answers to their questions about Ticwatch E.

check out our other reviews: 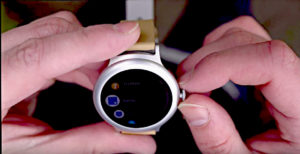 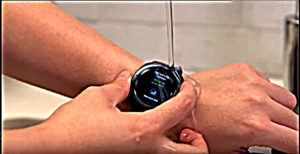