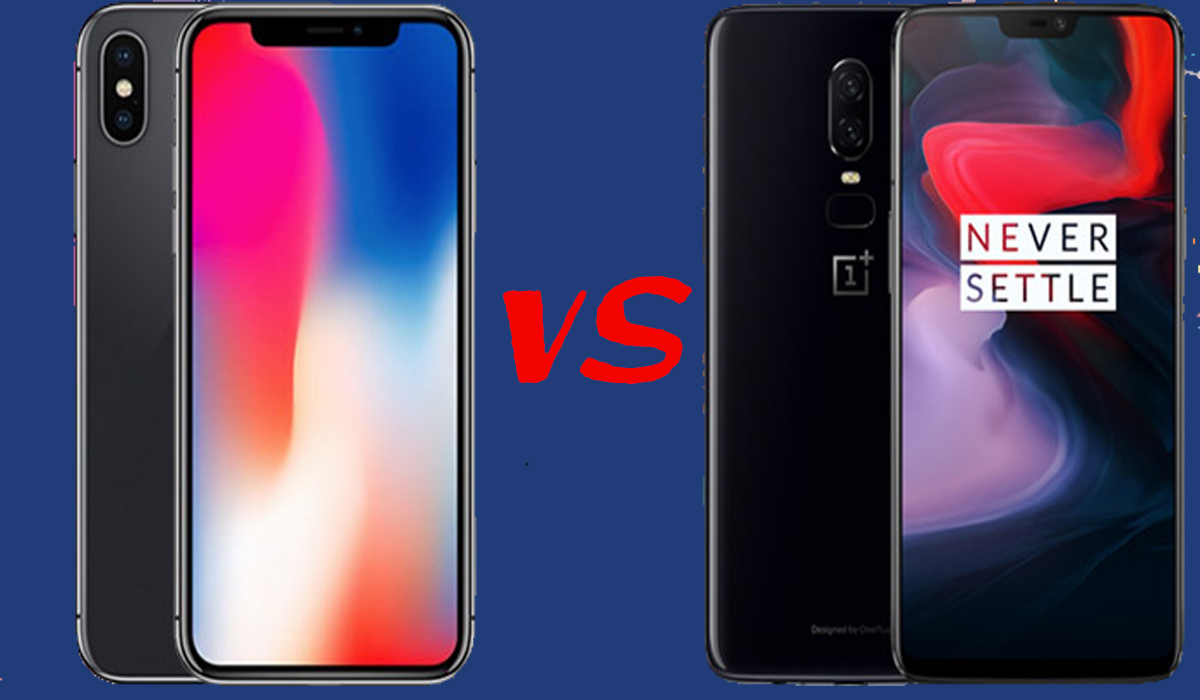 The OnePlus still one of the few smartphone makers who provide high-end devices without breaking the users’ banks. And respecting this equation, we can say that Oneplus 6 vs iPhone x battle, will resolve us to Oneplus as a winner.

STARTING WITH THE DESIGN: the One-Plus 6 resumes the current standards, we can say that it is a mix between the iPhone X and the Samsung galaxy s9. 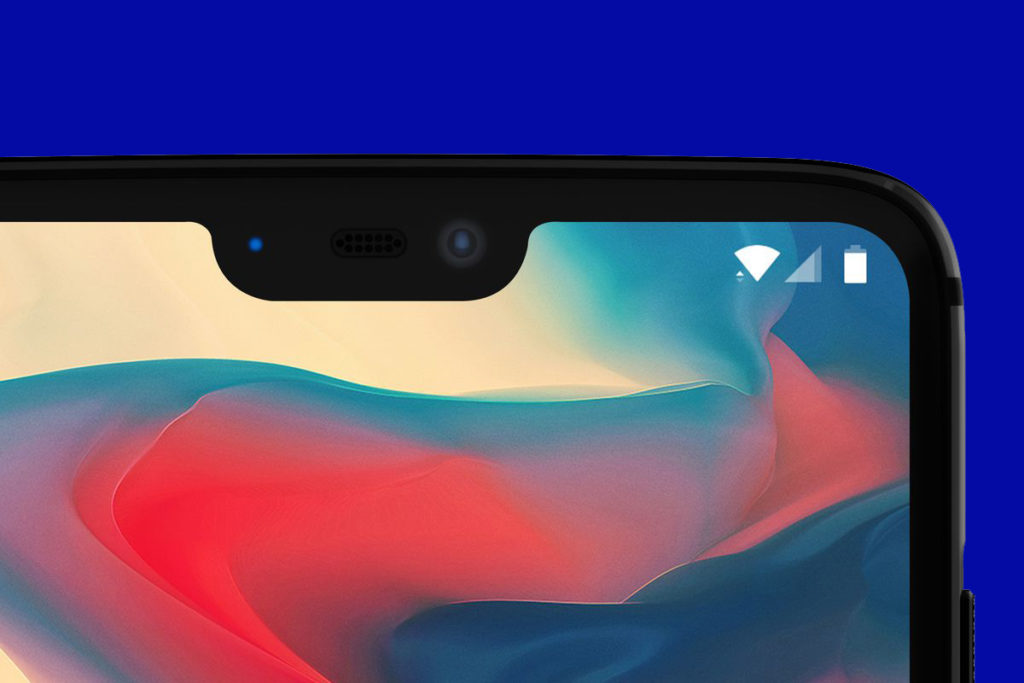 With a beautiful screen of 6.28 inches, and as it is the mode right now, it comes with a small notch on the Top of the screen that hosts the front sensor of 16 megapixels with aperture f/2, and a useful small led indicates the presence of notification, I love the fact that this led indicator color is customizable. Get it here

On the other side; we have the dual sim drawer, and the volume buttons. The back of the device is inverted glass very nice, very smooth and it’s a finger touch resistant.

Below, we have a USB port type-C, ear jack, and one single speaker. Overall even if it is not super original, I find this One-Plus 6 rather sober and elegant. 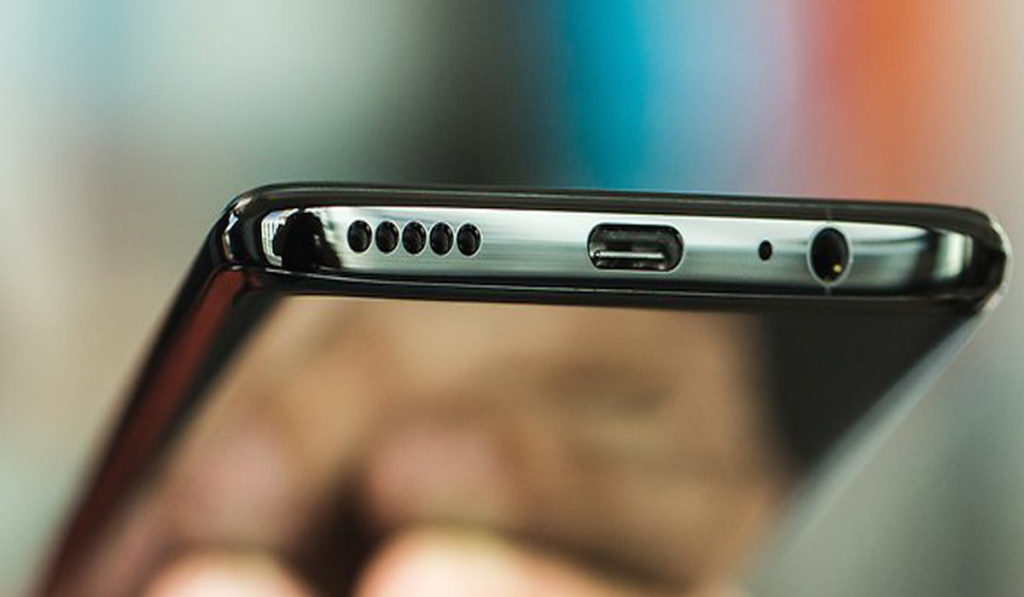 THE ONE-PLUS 6 DIMENSIONS: This phone is, 155.7 mm high, 75.4 of wide and 7.75 mm thick for 6.2 ounces (177g). Is larger than an iPhone X, despite this large size, it holds very well in hand a good grip. And due to the border films, we cannot easily access the top of the screen with one hand, but it’s not especially what is expected from a larger smartphone.

Its thinness slips very easily in any pocket, in daily use I was marked by the speed of this smartphone, is a real arrow. Oxygen OS is a very light overlay that is very similar to a pure android, and I love very little animation and extreme fluidity.

BATTERY: You can very easily finish a full with at least 10% of batteries in conventional use. And the downside is, it has no wireless charging, which is a shame. Because that’s will be much more useful in the coming days.

Its fast charging can go from 0 to 100% in just 1h17. It’s really great practice before going out bim a quick recharge, and we’re quiet with the speed is probably one of the most positive points of this smartphone.

SOUND: The single speaker at the bottom of the unit is a disappointment, the sound it transmits is not exceptional it can even be saturated if pushed a little. It does not reach the ankle high speakers example of an iPhone. It’s not the same price, you should tell me, but still, they could have done better. Yes! They can. And Aside from that, at headphones the sound is excellent.

Talking About Pictures: Now with its rear lenses 16 and 20-megapixel aperture f/1.7 for both, and 16 megapixel front with an f/2 aperture, the Oneplus it’s not the camera phone of the year. We suspect the quality of his photos is inferior to that of the jewels of the market, like Galaxy S9 plus, pixels 2XL and 3XL, iPhone X, Huawei ep20 pro.

In the other side, it’s not that bad. So the pictures taken during a nice sunny day offers good rendering. I still find the colors a little too saturated, but it’s a matter of taste the portrait mode is rather successful.

The result is good during a day little gray pictures are quite good, but still a little too saturated. the night test it is not excellent, but it gets the job done. Oneplus 6 vs iPhone x

For me, the pictures of the Oneplus 6 are lower, than those of smartphones found around 1000 and 900 USD or more, but it is not sold at that price. For a smartphone sold from 519 USD, these photos are very very good!

VIDEO SIDE: the one + 6 can shoot up to four boxes 60fps, and I found that the stabilization is pretty good and autofocus quite powerful.

On the other hand, as for the pictures I found that the videos are too saturated, the colors are too flashy. And like its competitors, the Oneplus 6 also, offers several modes whose mode time lapse accelerated video and an idle mode in 240 fps for 1080p. Basically, the video is not its greatest quality, but honestly, the result is more than satisfactory.