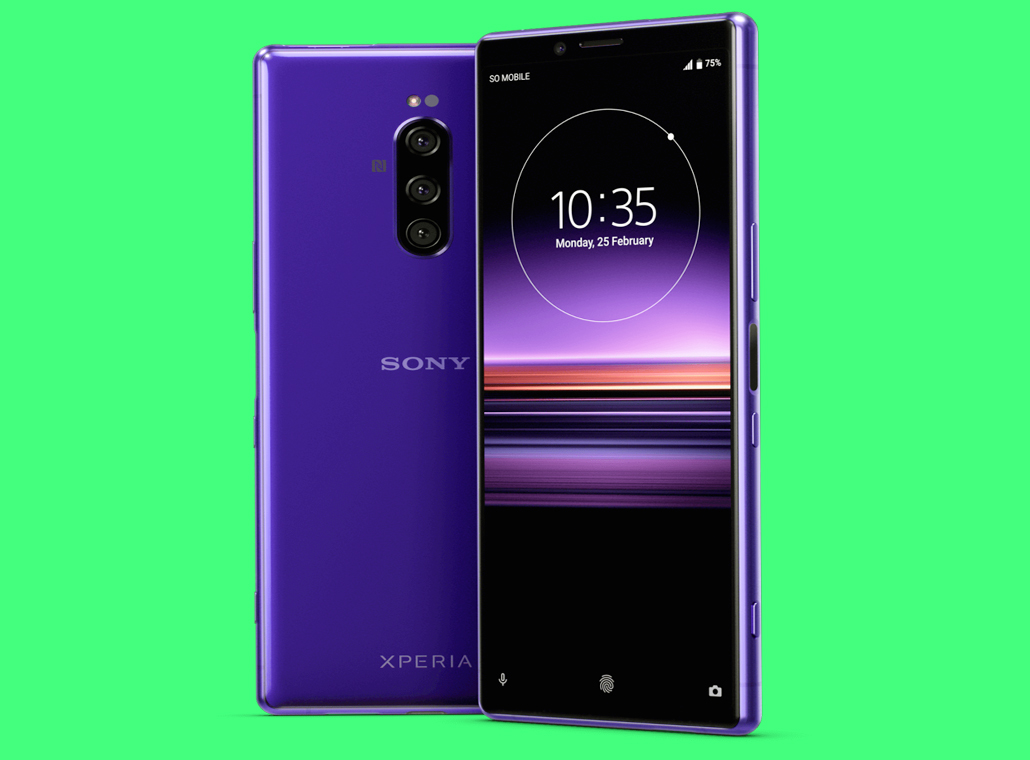 The Xperia1 sits at the very top of Sony Mobile Smartphone premium category. With the 4k HDR OLED and 21 by 9 ratio unlike any other smartphone before, this thin elegant piece from Sony has been aimed to be the best smartphone ever in the video department.

There are certain PROS and CONS for this 21:9 phone that we’ll talk about later, but now, let’s take a closer look at design of this very stand out device. 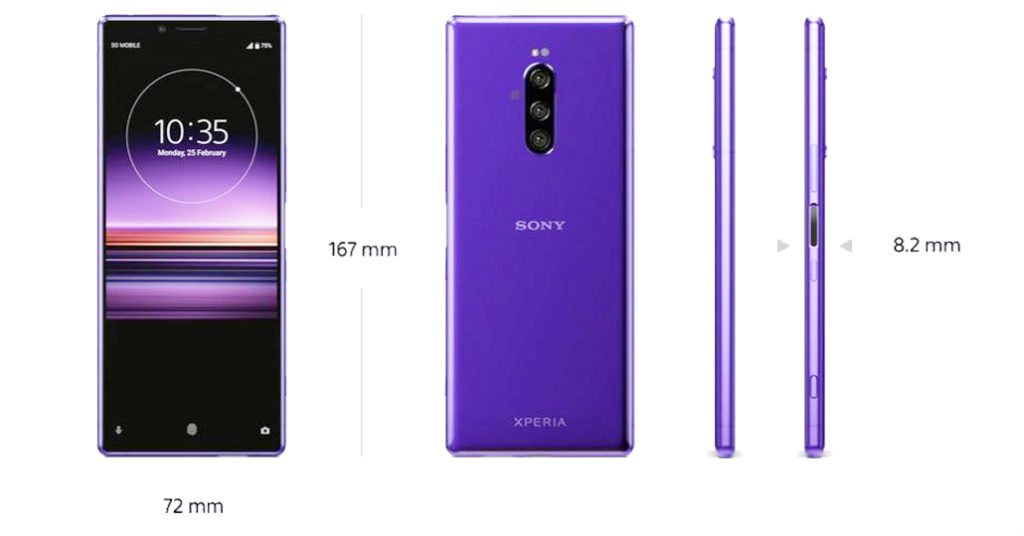 THE DISPLAY AND DESIGN: The Xperia One comes with a notched display, sliding design, a punch hole front camera like many other phones in the market now, but 167mm height and 72mm wide makes it look taller and slimmer than any other smartphone in its category.

It’s quite comfortable to hold with one hand, and even if you have small fingers, you’ll still be able to have a full control over the whole screen. It is very hard to imagine a 72mm wide screen phone with bezels, but Xperia One actually till has bezels for some connectivity reasons as Sony claimed.

Sony aren’t good at producing ideas, but they do fairly well at mastering them. So, instead of housing the fingerprint in the back, they put it below the power button in the right side where there are the other all-important buttons.

It’s a 6.5 inch display like the new mid-range Sony Xperia 10 Plus, but it is OLED and has HDR 4k resolution. The bottom houses the type-C and a speaker, a dual speaker system, but there is no headphone jack on the device anymore.

MEMORY AND CHIPS: The Xperia One runs the snapdragon 855 ship-set,

and 6GB of RAM coupled with 108GB of onboard storage expandable to 512GB with microSD card in case you don’t want to use the two SIM card.

3300mAh battery that supports the fast charging, an HDR 4k display means too much energy consumption, but Sony offers plenty of software features to allow you expand your Xperia One battery life.

But unfortunately, there is no wireless charging because its backside has finished with the glass.

You may ask, why do I need 21:9. The answer is, it depends on which kind of users you are. If you are a Netflix content consumer, then watching it on the 21:9 ratio display is really a different experience. And also the 4k HDR, with an exceptional dynamic range and contrast plus true life colors is a great way to have your won memories recorded.

Now, Sony has brought technologies from the DSLRs to the Xperia 1, using the by own set X mobile image processing engine. The film features raw no reduction and the world’s first I auto-focus and also 10FPS/AF Hybrid Auto-focus and auto exposure.

By using the expertise from Sony’s digital motion picture camera engineers, the smartphone has looked color settings. So, you can basically apply different Lots and effects at 21:9 ratio 4k HDR and 24 FPS capabilities. Another feature that now makes a little bit more sense is multi-windows, as due to the heart you can easily stack two apps on each other. Like watching a movie and chatting, with somebody or that similar stuffs. The experiment comes as all the other smartphones of Android Pie, and Sony is still very minimalistic UI which are alike.

So, there is some bloat but not too much from Sony, and Sony also never forces you to keep it installed. Although, it seems that Sony still wants to keep sight Sense, which is a feature that launched on the Xperia XA3 and has made it to the Xperia 1.

It allows the user to double tap on the right side of the display, which will then present a box of your most frequent apps offering easy one-handed control and quick access.

Over all, the Xperia1 is another attempt from Sony to get to the hill again, and I thing this time the experience will be different. So, it looks like they really stepped up there this time, and probably a successful device for mobile content creators.