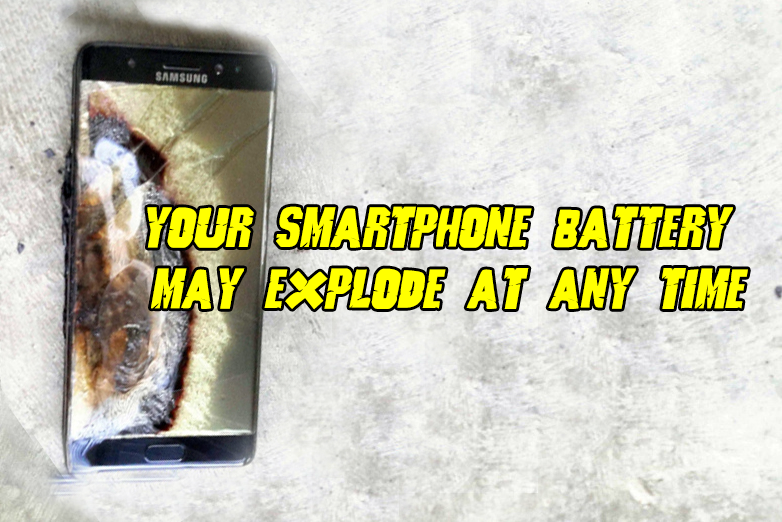 How To Prevent SmartPhone Batteries From Exploding

Do you know that any smartphone battery may explode?

Yes” that’s true, all smartphone batteries may explode, if you don’t follow its safety use instructions. And To understand the instructions that make the battery safe, you must to know how it works. The battery consist of two electrodes,or electrical connectors, on both sides. One of them carries positive ions (with positive electrical charge) and is called cathode. The cathode is filled with lithium and acts as a “power” storage place, and the opposite electrode carries negative ions, called “anode” or “elevator”.

How do ions move? 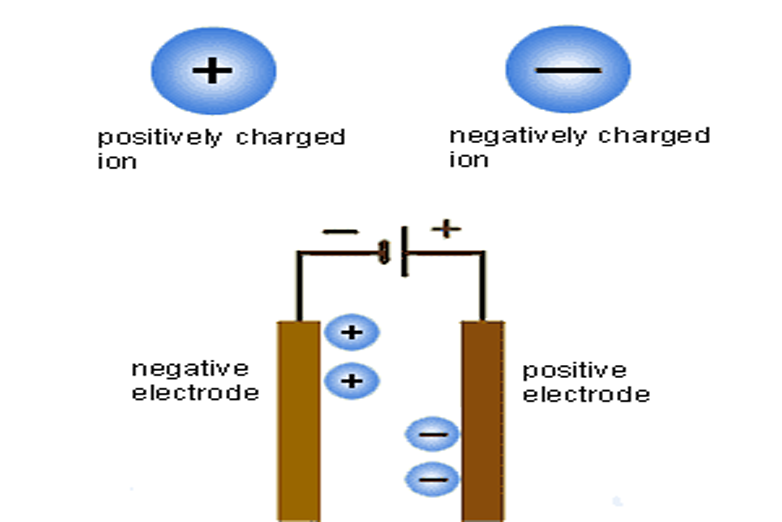 During battery charging, lithium ions move from cathode to anode, and when the battery is in use, lithium moves in the opposite direction, and there are chemicals called “electrolyte” that will facilitate that transition by helping ions , but although ions need to move from one side to the other, the anode and cathode should never be touched, because their contact will redirect the energy to the alkytolite. In order to prevent this from occurring, the battery makers insert the separating material between them.

This was precisely where the problem appeared on the Galaxy Note 7: The separators were faulty and allowed the poles to contact. “This imbalance is the worst possible failure, because it will definitely burn the battery, or maybe even explode,” says Linden Archer, a chemistry scientist at Cornell American University. When the electrodes are underneath, each of the energy pumped into the battery goes to the electrolyte in the middle, instead of the electrodes on both sides.

Electrolyte is not completely stable to inject energy, and the rapid movement that it is driving also leads to more instability. When the heat is high – whether it is in contact with both electrodes or because of a simple matter as the warming of the atmosphere – this can cause electrolyte interaction with other chemicals, to produce a gas that would increase the heat. Each time chemicals react, gases emit more and more heat faster and faster. This results in a loop of uncontrollable reactions called “thermal breakouts”, which can end in flames.

That’s why it explodes!

This is why many phones are automatically turned off when the heat gets hotter, but there are other reasons for the battery to explode: Batteries can also be damaged when they are overcharged, or at a rapid pace.
The overcharging process is like filling a bucket with plenty of water.

In this case, it does not matter the speed or slowness of that process; because if you pour too much, the bucket will flood. In the case of batteries, excess charging occurs when a large amount of lithium is transported to the anode, you don’t have to feel the risk of keeping the phone plugged in all night, most of the batteries are designed with the auto-charging block. There can certainly be an imbalance in manufacturing, where the electrical circuits that prevent this problem are defective.

In the words of Dan Steinhardt, the world specialized in chemicals at Princeton American University, when you charge the battery, you make the rubber band, and when you use the phone, you release it. Just as the ligament can be interrupted when it is too large, pumping a lot of energy on one side of the battery will damage it.

Then there’s a quick charging problem

This means trying to push a large amount of current into the battery, which is a risk to what is called “fast charging technology” (although it was not the cause of the problem specifically in the case of Samsung, Samsung phones provide fast charging technology). If the charger used is not compatible with the battery for any reason, this can cause damage. This problem can be avoided by making sure that the charger and battery are designed to work together.

Overcharging or very fast charging can cause a problem called “lamination”, imagine that the battery is like two egg bowls. Lithium ions need to move between the spaces between them to safely set indoors. If you charge the battery slowly, the lithium has time to find its position inside the egg container back and forth, but in case of fast charging or overcharging, the lithium will settle on the outer surface of the egg bowl and then around itself, then every time you recharge the battery, the ions grow. Lithium is a needle-like structure, called “ramifications” that can cause damage to the battery.

The increased effort is also a problem

The last common cause of battery damage is the attempt by companies to manufacture batteries that store more energy by increasing electrical voltage, a means of measuring strength. Imagine that the voltage is like the top of a waterfall, while the current is the amount of water flowing, the higher the voltage the energy inside the battery, so the manufacturers try to fill the batteries by adding elements such as nickel to lithium. However, again, the greater the effort, the greater the likelihood of an electrolyte merger in a way that causes ignition.

And they try to avoid the problem Some scientists are trying to develop a type of electrolyte that does not ignite so easily. The electrolyte, called “ionic fluid”, needs more heat to form a flammable gas, says Surya Moganty, the chemical engineer who heads the technology department of Nohms Tech. They are often safer, but may damage battery life. It’s a geometric miracle. To this moment, most of us use lithium-ion batteries. The fact is that it is a “geometric Marvel” as Steinhart described it, but this does not negate the instability of the devices.

Always try to read the safety instructions for smartphone batteries in the manual Guide. many people don’t do that, but it’s very important to read it. They think that the manual instructions are very similar, but that’s not the case sometimes Manufacturers do some major updates, and that’s forced them to update the user manual as well.

So make sure to take a look at it, each time you buy a new smartphone there will be some interesting info.