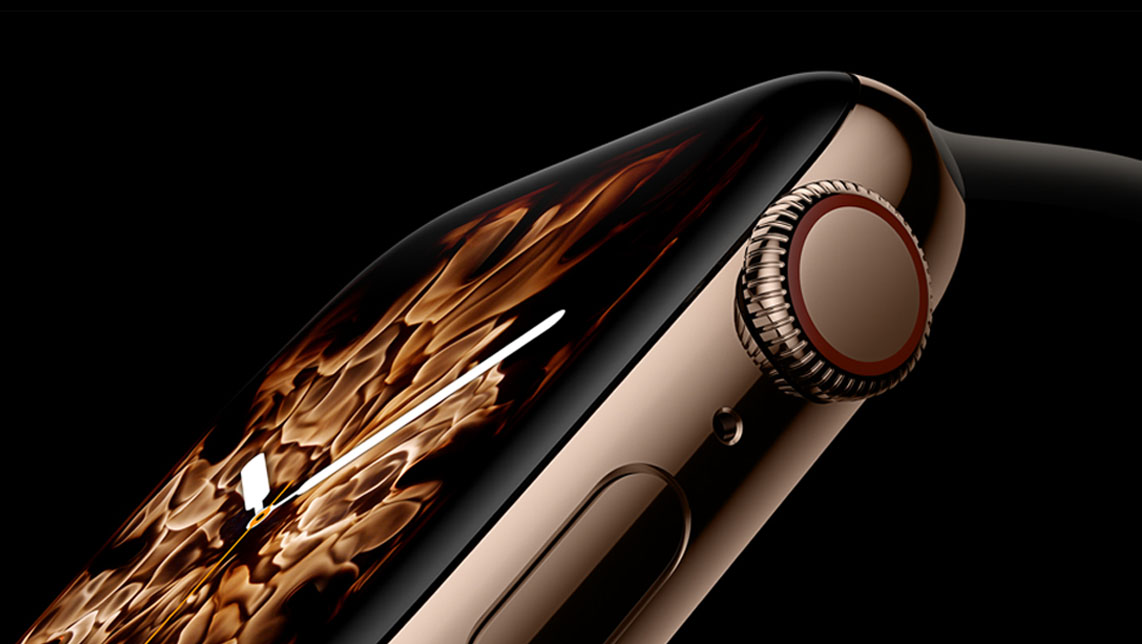 When the Apple Watch was first released, there was a big emphasis placed on apps. now over the years Apple has toned this down a little bit, and they put more of an emphasis on overall fitness and overall health features on the Apple watch, but there are still some really amazing apps available on the Apple watch.

Starting with Bear Notes, which has an awesome iPhone app and iPad app and even a Mac app. Bear Note App came with an Apple watch app, and I’ve never seen an Apple watch app that has a user interface like this before. you can easily pin notes, and they appear at the top of the Apple watch, which is really useful if you want to reference a quick note. and even if you don’t pin notes, you can see the most recent notes in the bear Notes app.

really easy to scroll through apps if you have a series 4 Apple Watch, the text is nice and big on those bigger screens. if you want to add a note, you can also do that too by using the microphone on the Apple watch.

you can quickly make new notes and as you use your voice it’ll dictate notes into the bear Notes app again.

I recommend bear for anyone on an iPhone or a Mac, or an iPad it’s a really awesome note-taking app. and it syncs with iCloud and it’s really cool, that they have an Apple watch notes taking out. I just love being able to access my notes anywhere even on my wrist.

now, while the Apple Watch does come in with a built-in calendar app, Fantastical is an alternative for people who like to have a new different experience.

fantastical is a calendar application, that works very similar to the way the calendar app on the Apple watch works. but what I like about fantastical, is I find that it gives you a little bit more information about your upcoming dates.

for example: on the stock calendar app, you can only see that the current week’s events are in play. and if you scroll down on fantastical, you can see even more of your calendar appointments for the upcoming week.

now if you’re a list person, and that reminders feature in fantastical isn’t enough for you. if you want to make a big list of upcoming projects or just things you have to do in your day to day, this next app is particularly good for that and that app is called Things.

I really like the user interface for this, and I like how when you’re checking off the things you have to do you get a nice circle and as you start checking more things off, it starts to fill in that circle very similar to the design language in the activity ring. so very familiar to people who are ready using an Apple watch.
and aside from just checking off things to do, you can also add things into things. you can also add things to do in your to-do list by using the built-in microphone.

when the Apple Watch was first released, Twitter actually had a native client on the Apple watch. but unfortunately they let it die, this is where chirp comes in to be one of Best Apps For Apple Watch Series 4. it’s a third-party Twitter client for your Apple watch, really excellent design for chirp it looks exactly like you would imagine a Twitter feed on your Apple watch. very easy to scroll through your Twitter feed and besides just checking your Twitter feed you can like and retweet or you can even make your own tweets or reply to tweets.

you can use the built-in microphone, for a lot of the previous apps to dictate text to it. but what’s cool about chirp, is you can actually use the scribble feature on the Apple watch to compose or reply to tweets as well. if you’re used to messaging on the Apple watch, you know that scribble is the form of inputting text where you draw up the letters. and that’s a little better to do when you’re in a public situation, where you don’t want to be talking to your watch and you can still use this as a fully functioning Twitter client.

chirp also uses some really cool haptic feedback. so, when you’re loading into things you’ll get a nice little haptic feedback to let you know you’re done. what you really don’t need on the Apple watch series 4, considering everything load so quickly. but if you’re coming from an older Apple watch, that is useful and chirp is completely free to use. there is also a pro version that unlocks things like the message is in the chirp app, but to start off with it’s completely free.

So, if you want your Twitter client on your Apple watch series 4, I would definitely recommend giving chirp a shot.