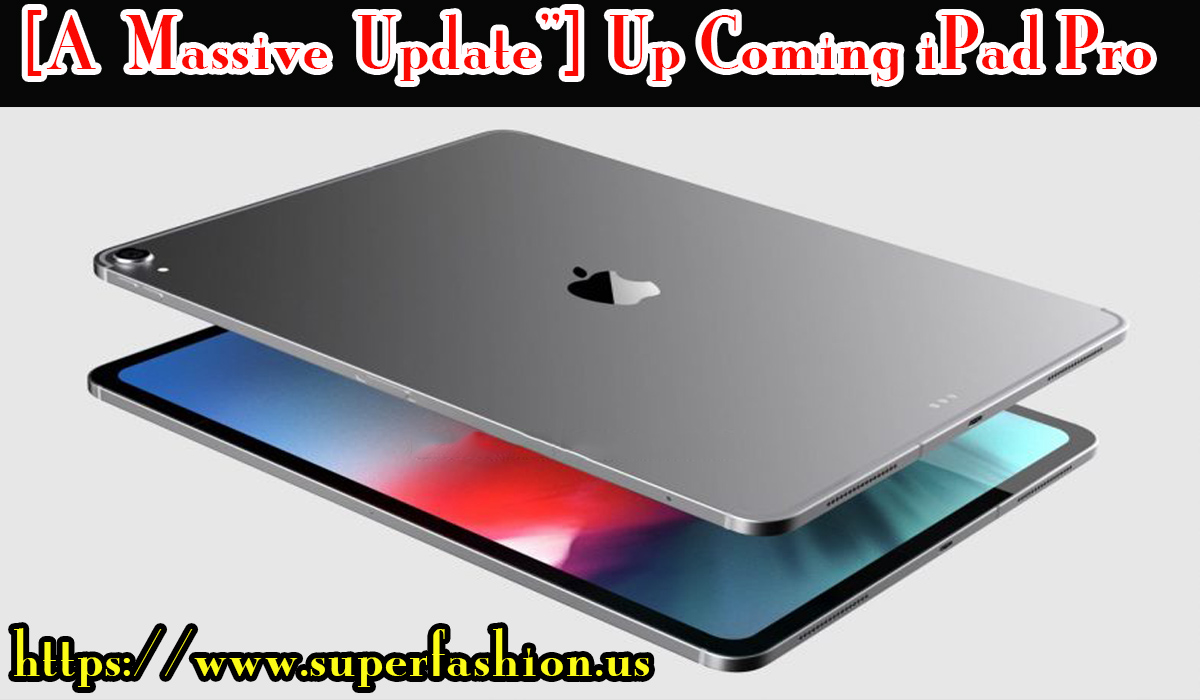 The next Big Apple product we’re expecting this year, is the new 2018 iPad pro. The 12.9 inch iPad pro was a beautiful, and the next ipad should be stunning, if Apple want their users to upgrade to it.

Alright, the one thing we can pretty much guarantee, is an all new design for the 2018 iPad pro. we’ve seen all the renders that have come out, and we’ve heard the rumors of no home-button face ID and thinner bezels taking cues from the iPhone 10 design.

SOME CONFIRMED UPDATES OF THE NEXT iPAD PRO:

but the biggest confirmation came from guilhom Rambo, and the discovery of an iPad icon found in the fifth beta of iOS 12 that shows a thinner bezel with no home button. what’s over and what’s missing from the icon, there’s nothing to see on the top screen, there is no notch and that’s will be something like a quick response their users complaint.

now in a side-by-side of the two iPad icons from the iOS beta you can clearly see the current iPad design compared to the next ipad pro now the current iPad pro line is still made up of the 10.5 and twelve point nine inch display but reports say Apple could be introducing in all-new 11 inch model bumping up the entry-level iPad pro in size while keeping the larger 12 point 9 inch model the same.

Ticwatch Pro Review | More than what we were expecting from it” 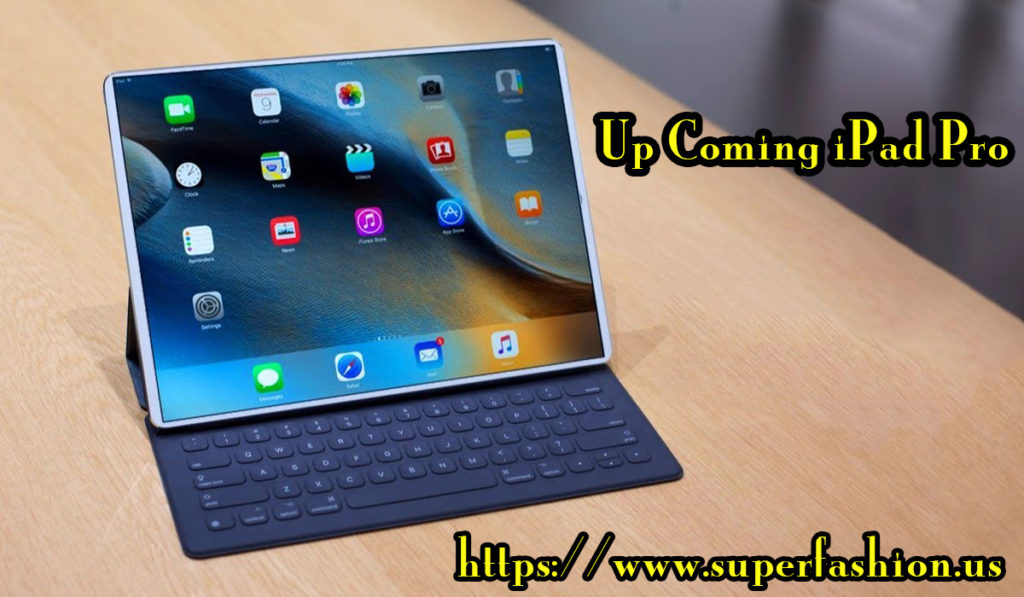 The thinner bezels and new form factor, would help bring down the iPad pro in the physical size and weight. and that’s only a good thing while it still maintains the same battery life, where it gets even better with the all-new rumored a 12X processor, and iOS 12 optimizations.

Now there’s still no word, if the new iPad pros will bring the first OLED screen to Apple’s tablet. a purported leaked CAD design of the 2018 iPad pro, from on leaks Steve Hema Stoffer indicates that the smart connector may be redesigned and relocated to the rear next to the port on the bottom and a ledge iPad pro Casely even showed an opening in the same spot but it’s still kind of confusing because, there’s still a cutout on the long horizontal side where the current smart connector is located.

Getting back to that on leaks CAD design, which may or may not be accurate. it also features the design that takes us back to the iPhone 4 and 4s, quite honestly one of my favorite designs of all time with its sharper chamfered edges and stainless steel frame, it really gives off more of an industrial professional feel.

something really that’s the surface line has been able to capture with, its design. you’ll also see antenna lines on the top and bottom of the booty side of this iPad pro as well.

No iOS device currently can support anything like that, through just a lightning to HDMI adapter, but that could really point to the iPad pro supporting that USB C, which has the capability to support 4k video output.

The other big rumor lingering, was face ID for the iPad pro. that it may only work in portrait mode, instead of landscape, which would be stupid. 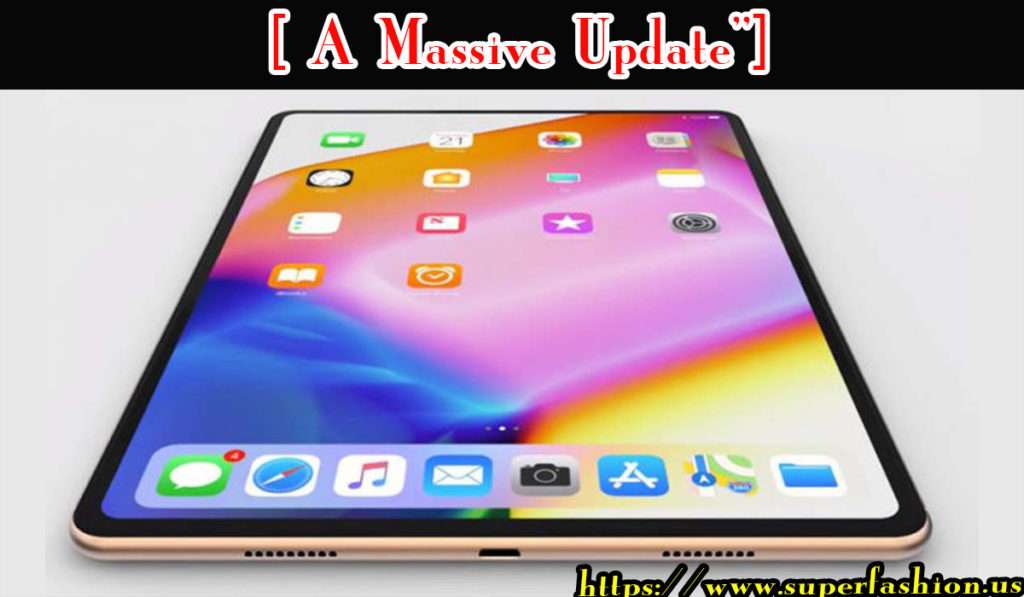 crown Smith says: the iOS 12.1 beta hints that face ID will have built-in support for landscape orientation, meaning it should be able to unlock your iPad when it’s horizontal.

he also said: it’s likely been built into the update for the upcoming iPad pros, that are expecting to bring guess what face ID. And this is one of those like small things that makes The user happy to have this iPad, hopefully that will be true. but there is one thing they really need to fix in iOS 12.

for almost a year they talked about a new Apple pencil 2, with a higher fidelity and new software features that will enhance its use. recent apple patents show that the Apple pencil 2, could even work on non touch sensitive surfaces.

On something like the Magic Trackpad to work with 3d, or augmented reality apps on a Mac, or doing something as simple as being able to record your movements, from writing or scribbling on any surface and transferring them to a Mac nearby.

And the number one thing that they need to do, is make it attachable to the iPad pro, like the surface does with its pen magnetically. or even have some sort of a clip on it, like a mechanical pencil does. so you can attach it to your own clothes, or got a little pocket protector.

Some confirmed and Exclusive features:

We’re still waiting for more, but the iPad pro even with it’s limitations, is still a device that does a bunch of unique things. and I love it now there have been no leaks for pricing, but I expect it might even jump up higher with the face ID and the new design the current entry level 12.9 inch starts at $799, but it jumps up quickly when you add more storage. so that’s everything we know right now about the next ipad pro 2018, which is expected to be announced by the end of this year.