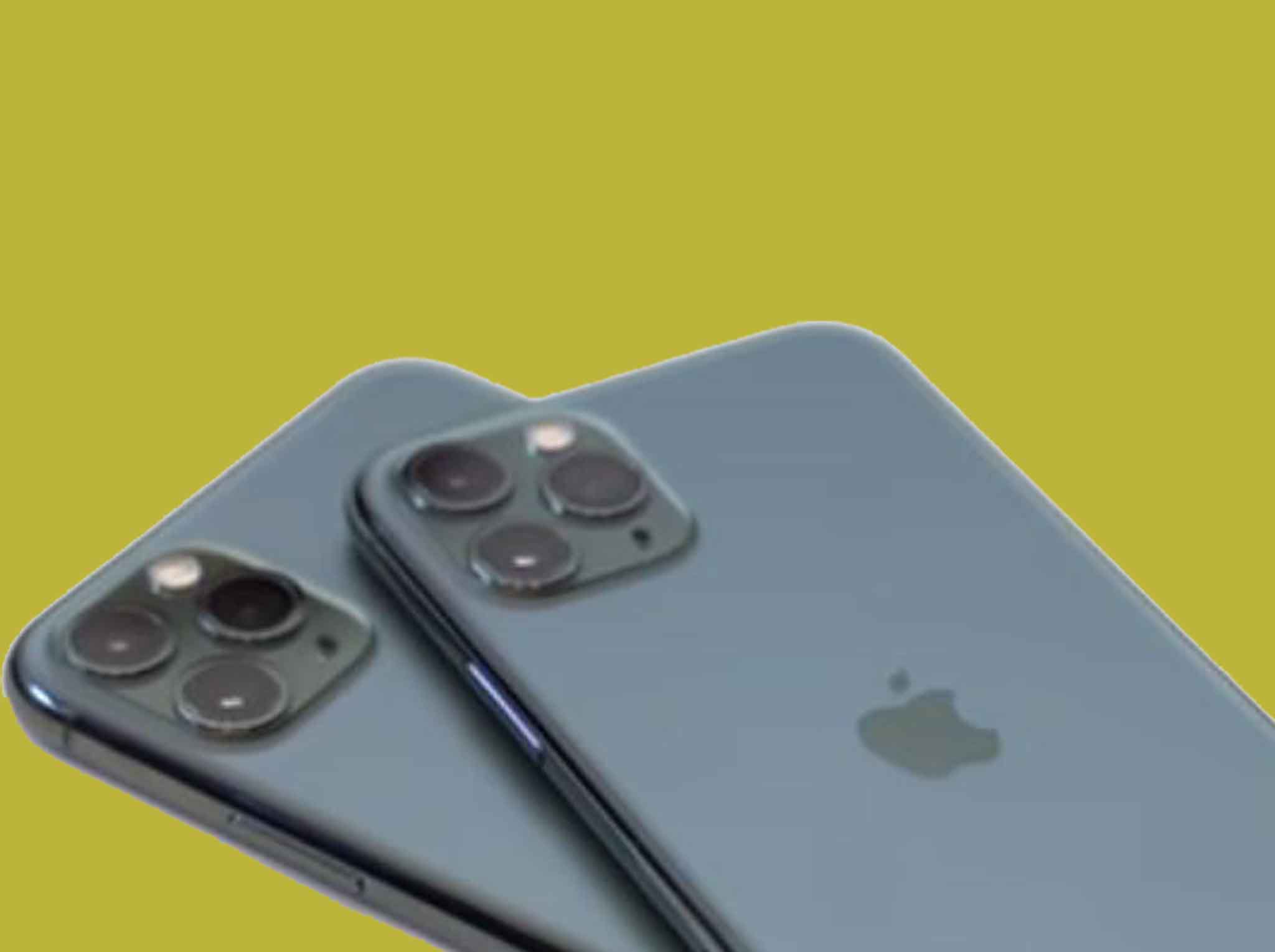 Apple dropped its three brand new iPhones, they are new with beautiful design, and super competitive specs. But let’s talk about the iPhone 11 vs 11 pro version, the differences, and why I still feel the iPhone 11 is the best iPhone for most people, and then go a little deeper into some of the things Apple didn’t talk about on stage.

I don’t think that’s the best name in the world, but the overall naming scheme and branding this year is much better for some reasons:

One, the roman numerals are gone, so we’re not gonna have people asking for the iPhone XI.!

Two, I really think it was a smart move with Apple not naming the iPhone 11 the iPhone 11R; because, whoever picks one up, isn’t gonna feel like they’re getting the budget or watered-down version and rightfully. Because the 11 shares more features with the iPhone 11Pro than you might think.

Price-wise is the most attractive thing about the iPhone 11, it’s essentially a better 10R for $50 cheaper. Tim Cook came in clutch dropped this thing down to $699 and that’s gonna save you 300 bucks versus the 11Pro or 400 bucks stacked against the 11 at Pro max.

First and foremost, you get the same exact A13 Bionic processor, so no sacrificing performance. It is worth noting Apple did not talk about on stage, but I would more than likely bet just like last year. The iPhone 11Pro is gonna have more RAM than in the 11, but again it is the same exact chip while the iPhone 11Pro does have that fancy-pants triple lens system.

The front-facing camera on 11Pro is exactly the same as the 11. And there’s a brand new 12-megapixel sensor in there, and to clarify, by default it’s going to be cropped in. so those are gonna be 7-megapixel photos, but when you open up to the wide-angle mode, that’s gonna utilize all the megapixels and take full advantage of that sensor.

The way Apple demoed this on stage was cool. don’t get me wrong you just flip your phone into landscape mode automatically just adjusts into wide-angle mode but what they didn’t talk about is this will also work in portrait mode by simply zooming out. so you’re not just limited to landscape, which is awesome, but that same front-facing camera will now record 4k video up to 6ofps or 4k video up to 30fps with extended dynamic range, which is huge.

It’s faster, you have more range, apparently, you can now use face ID when your phones lying flat on a table. and while that’s not going to be really that useful, I think that will apply more to maybe something like Apple pay. For example, you’re at the store you don’t have to bring your phone up to your face, you can just casually look at it (glance at it) pay, get out, and you’re good to go.

Video capabilities are also the exact same. so on both the iPhone 11 and the 11 Pro, you can now shoot 4k video. Not only up to 60fps but 4k 60 with extended dynamic range, which was previously capped at 30fps.

The exact same night mode on both handsets, which is yes I know pixel lover you’ve had it. Apple is late to the game, but it’s exciting that it’s here on the iPhone. Alpha kind of showcase that it will work automatically. So when it knows there’s not on a flight, it just turns on.

But what they didn’t talk about is when the iPhone knows it’s steady or still, whether it’s a tripod or honestly just a saltshaker, it’s gonna go into extended shutter mode which is crazy cool. 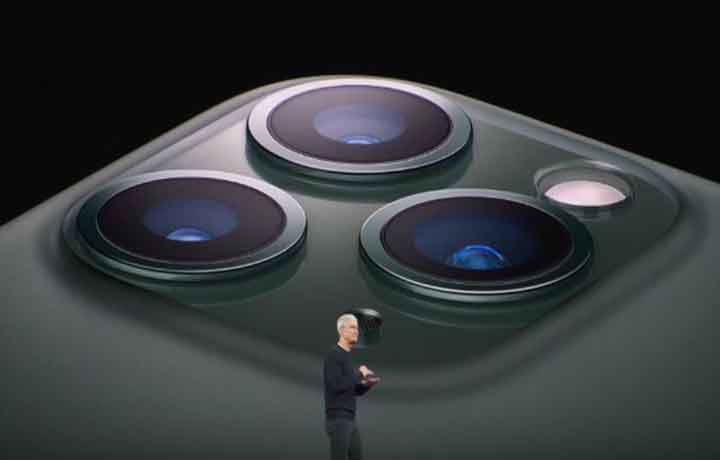 And jumping over to the differences with the iPhone 11 Pro. even with that ridiculous name aside from the super retina, the display is an even bigger difference than the triple camera system with the iPhone 11 versus the pro. yes, LCD versus OLED but with 11 Pro you now have a 2 million in one contrast ratio a peak brightness of 1200 nits, a sustained brightness of 800 nits and all that fancy tech talk that probably makes no sense. What that translates to, is true HDR support on the 11Pro and 11Pro max.

Now, at this point, if you’re confused, and you thought the iPhone 10 and 10S Max supported HDR, it did. It played back HDR video, but it wasn’t up to the HDR10 or Dolby vision spec.

and now it is so with that you kind of gotta weigh your options like are you going to be watching HDR Dolby vision content on your phone or would you prefer to watch that on a TV? if you are, cool it’s there. but if not, the iPhone 11 looks really good.

now, while you do lose HDR10 and Dolby vision on the iPhone 11, you do get Dolby Atmos and spatial audio same as on the iPhone 11Pro. Apple kind of showcase that on stage where it creates this virtual surround stage around, and you kind of curious to see how that actually works in person. But either way, while you do sacrifice some of the videos, it’s nice that you get the same audio.

Now as far as charging goes both the iPhone 11 and they live in pro support fast charging, but in the box, you’re only getting that 18W fast USBC charger with the pro and the pro max, and with the iPhone 11 you are stuck with that poor 5W charger.

Again you got a factor in the price difference for $699 you can probably scoop up something first 30 bucks and you’re still gonna save a ton compared to the 11Pro.

Now, let’s talk about that triple-lens camera system, and coming from someone who uses on their regular iPhone 10R. Now with the iPhone 11Pro, we’re seeing the aperture drop from F 2.4 to 2.0, so there will be better low-light performance and with that, I’m gonna kind of wait and see before I jump on.

But again if you’re not really into the display, I wouldn’t say the telephoto lens is a huge reason to jump from the 11 to the Pro one. The thing I also wanted to clarify is the battery life, 4 hours more on the iPhone 11Pro, and 5 hours more on the Pro Max is super impressive, but when compared to the iPhone 11 it might have been a little confusing or even deceptive.

You got to remember the iPhone 10R was the battery life king like it smashed the iPhone 10S and 10S Max. And while the balance of the force might have been restored this year, and on paper, the 11Pro and the 11pro max are going to be better than the 11, the gap between the three isn’t as big as you might think.

So, now if you watch the keynote or you didn’t, Apple for like two seconds drop the slide of every other feature that both the iPhone 11 and 11Pro had, and one that really stood out to me that they didn’t really talk about, was the Apple one chip.

so what that’s for, is for ultra-wideband spatial awareness and fancy Tech Talk, condensed into normal human speak is your phone’s going to be aware of where it is relative to other phones around. It so immediately right off the bat.

that’s going to be useful in something like airdrop, where if you’re next to someone it’s going to prioritize them instead of someone fifteen feet away. And that is shared across both the iPhone 11 and the 11pro. same with gigabit-class LTE Wi-Fi 6, which kind of just hammers the point home that you’re not sacrificing really that much with the iPhone 11.

And again I think for most people, you’re not going to need that Pro. But for $699, it’s hard to argue with one.